Skip links
﻿
On Friday 9 October, The Ladies’ College celebrated 100 years of women in Guernsey having the right to vote.  Members of Soroptimist International of Guernsey, wearing costume associated with the women’s suffrage movement, visited the College and spoke with Year 6 (Form III) and Year 7 (Remove) pupils about the history of female representation in the Island.
The States’ reforms extending the franchise to Guernsey women over thirty were sanctioned by the Privy Council in October 1920, a century ago this month.  It was to take until the December 1945 election, however, before the age of enfranchisement was equalised for men and women.
The students explored the reasons for changes locally, and were interested to see that the militant campaign of the Suffragettes in the UK was not mirrored locally.
Women’s representation in public life is also being explored by a number of Sixth Form students who have chosen this as the focus of their History A-level independent coursework, as well as a group of GCSE Drama students who are devising work on this theme. 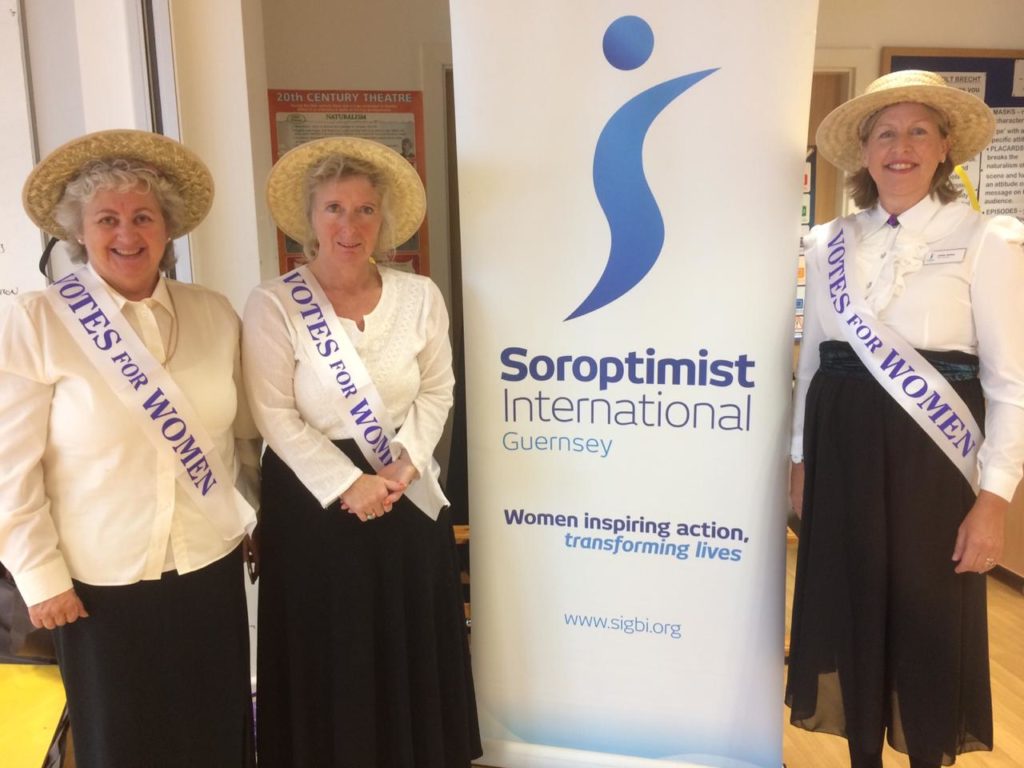 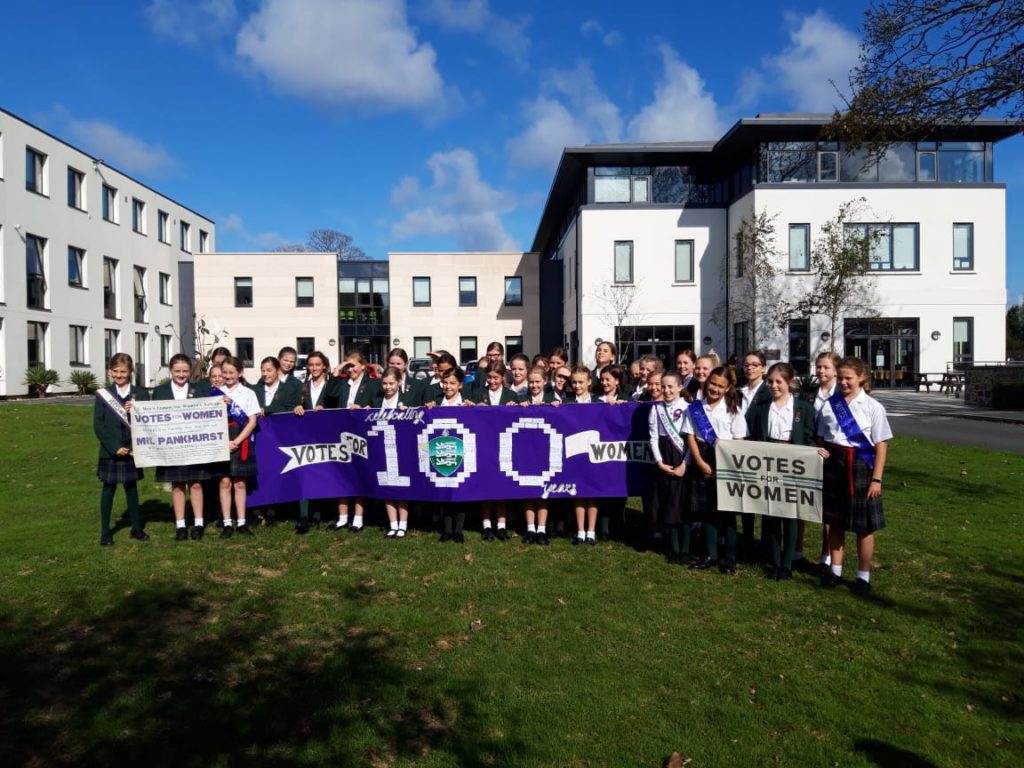