Keeping Harrogate and District Borough  ‘Blooming’  is down to Sue Wood and her industrious team. Sue gave us a real insight into ‘Park Life’. Sue is the Horticultural Officer for Harrogate Borough Council. She curates many of the fantastic … Continued 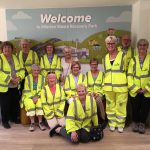 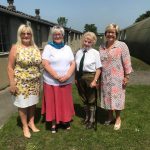 Club members spent a fantastic day at the Yorkshire Air Museum when we attended the  Soroptimist International of Yorkshire Conference on 29th June. The theme of conference was, ‘From Behind the Scenes to the Front Line’. We were privileged to hear … Continued

All meetings take place at the Yorkshire Hotel Harrogate unless otherwise stated. If you are interested in attending one  of our meetings please email sihandd@hotmail.co.uk – Meeting start at 7.30 DATE 2019 EVENT     May 1st Club meeting   May … Continued

Club is delighted to win the Yorkshire Women Volunteer Award 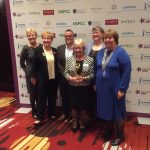 The Club is delighted to win the Yorkshire Women Volunteer Award for its community service project to combat loneliness. For the last 17 yrs.  we have worked with Contact the Elderly.  The Club Service Project, led by Elsie Johnston in … Continued 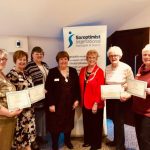 At the Club AGM held in April 2019 at our new meeting place, the Yorkshire Hotel in Harrogate, we celebrated 155 years of service to Soroptimist SIGBI. Janet Hutton. 40 years, Judith Webb, Hilary Waddington, Nicola Harding (not shown) all … Continued 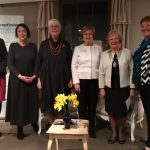 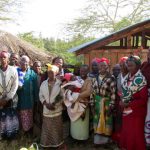 Club members Celebrated  reaching our  target and more by raising £3500 for the Meru Women’s Garden Project in Kenya. This is equivalent to providing the resources to establishing twelve gardens.We were delighted to welcome three  prospective members and enjoyed an … Continued 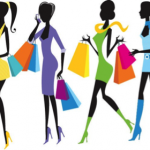 Are you looking to reorganise your wardrobe – have you thought about recycling clothes by swapping them? Harrogate and District Soroptimist are organising a Clothes Swap/Shwop at the Starbeck Community Library, 68A High Street, Harrogate HG2 7LW Tickets cost £8 per person … Continued 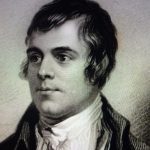 Burns Night Supper Joint President Elsie Johnston had pleasure in hosting a supper in recognition of Robbie Burns, on his birthday Friday 25thJanuary.  This was held at Wetherby Golf Club and the evening was a great success with members, family … Continued