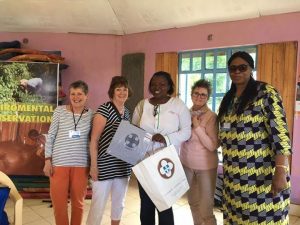 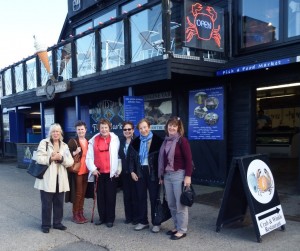 One of the great things about being a Soroptimist is the opportunity to develop friendships with women in clubs around the world. Wherever you travel, you will find that clubs are extremely welcoming, inviting you to their meetings or social events or simply offering to show you around their town or city.

Our most recent Friendship link club  is SI Lecce in Italy. This link was formed following our work with the club to honour the Via Francigena 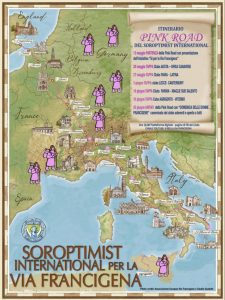 The Via Francigena is the ancient pilgrim’s route from Canterbury to Rome.  It was established in 990 in the footsteps of St Sigeric and there are 79 stages.   The whole distance is 1800k and the UK section between Canterbury and Dover is 30k and is in two stages.  In support of SI Lecce’s project to extend the route from Rome to the heel of Italy, we walked from Canterbury to Shepherdswell on a cold, rainy and blustery day in March 2019 together with members from Croydon, Folkestone & Eastbourne clubs. The second leg to Dover was undertaken on a much brighter day in May. The main goal of the VF project is to bring together the Soroptimist clubs along the route and contribute to the enhancement and the promotion of local heritage and cultural sites.

Following my taking part in filming about our part of the route, together with SI-Lecce, on 4 June 2021 la PINK ROAD del SOROPTIMIST INTERNATIONAL – YouTube at 55.55. We formed the  official friendship link with SI Lecce.

Over the years we’ve enjoyed friendship link visits to and/or from Bingley, Versailles, Tacoma, Tokyo, Bulawayo, Aosta and Essen. 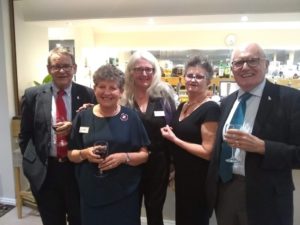 In April 2018 five of our members visited SI Meru as part of a study visit to the Federation project, The Meru Womens Garden project. During the visit we met members of our friendship link club and spent time discussing shared issues, 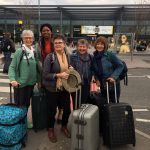 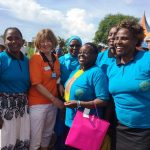 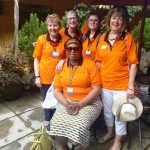 In January 2018 Maureen visited SI Aosta to celebrate their 25th Anniversary with them. 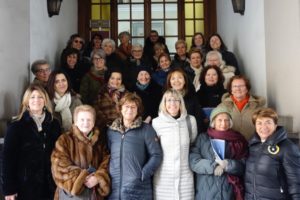 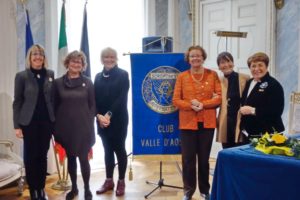 In June 2017 Carol and Jane visited SI Versailles to celebrate their 80th Anniversary. During the visit they met the International president. 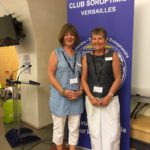 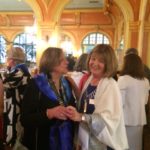 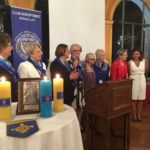 In June 2016 Jan and Mike from SI Tacoma visited us here in Canterbury. 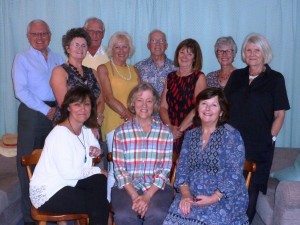 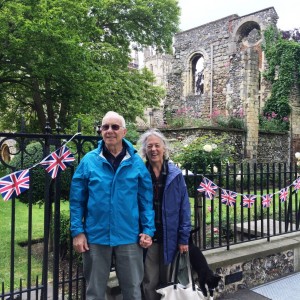 Also in 2016, Jane visited Aosta during her holiday travels 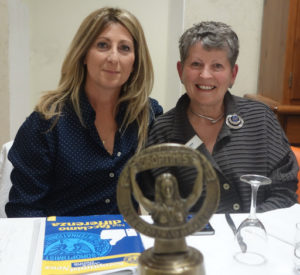 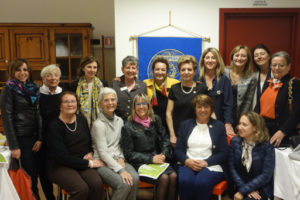 In September 2015 we welcomed members of SI Bingley and SI Versailles to Canterbury to help us celebrate International Friendship Weekend.  The weekend included sightseeing, small supper events and a formal Celebration Dinner. It was a great success and we are looking forward to meeting members from our other friendship link clubs at future events.[/vc_column_text]

SI Canterbury member, Carol, with members of SI Tokyo-Komae on a visit to Tokyo in August 2014.

Mpemi, a member of SI Bulawayo, at a simple supper with SI Canterbury members in August 2014. During the evening Sue Rennison, SI Canterbury, presented Mpemi with $2000 for the water project we were supporting in Bulawayo.