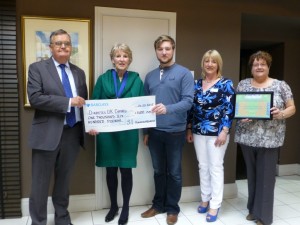 President Jane Lewis recently presented a cheque for £1600 to the National Fundraising Officer Joseph Cuff of Diabetes UK Cymru The donation was raised at the Charity Lunch supported by members and guests,

Mr Cuff urged everyone to get checked for diabetes regularly, 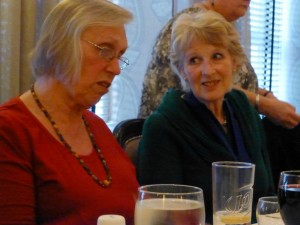 President Jane and speaker Pam Hunt who spoke about her experiences, during her career,  creating innovative methods of producing sound effects on BBC radio programmes. Pam went on to form her own company and is now a writer. 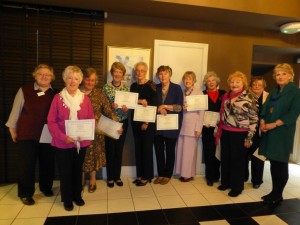 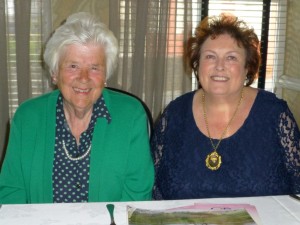 Nica Pritchard explained how therapeutic fly fishing can be for people recovering from cancer  and how it can help young people with behaviour problems.

June 17th  Visit to Cotts Equine. Followed by supper at the Bush Inn. 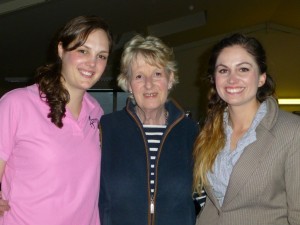 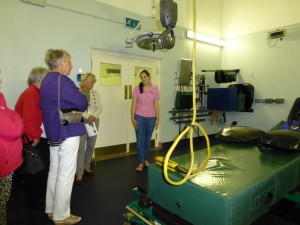 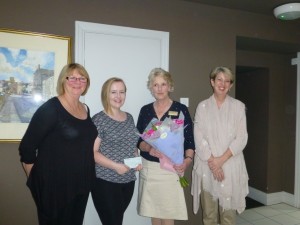 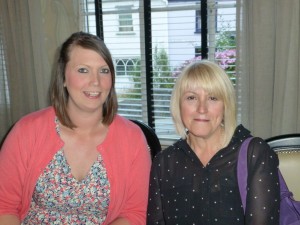 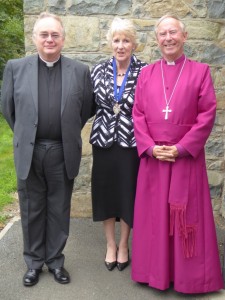 Soroptimist members accompanied President Jane Lewis to a service at her church in Little Newcastle which was open to all parishioners. The Service was conducted by the Rev Richard Davies and assisted by the Rev Pat Rogers of Letterston and lay reader Irene Hart. The readings were by Janet Waymont in Welsh and President Jane and the solo Te Amo ( I love thee) was sung by Janice Roberts. The guest preacher was the Rt Rev John Saxbee, who made several references to the work achieved by the Soroptimists locally, nationally and internationally, All present were invited to join President Jane at the church hall to a tea provided by the Soroptimists. 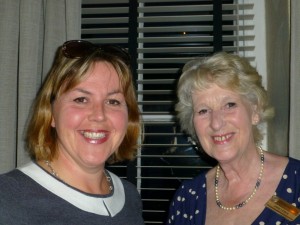 Dinner Meeting. Speaker Clare Morgan ‘My Life in Farming’. During a really interesting talk Clare explained that they had diversified to producing eggs and a ‘Solar Farm’, which required sheep with shorter legs to enable them to graze under the solar panels.

President Jane was then pleased to induct four new members.

November 11th  Dinner/ News from Conference held in Glasgow when Margaret Elmsley (a Civil Engineer) was inducted Federation President 2015-2016, her theme for the year “Engineering the Future”.President Jane Lewis was accompanied by 12 members, five attending their first Soroptimist Conference.

As well as hearing about winning projects to provide practical help and support overseas, there were keynote speakers , namely:
Jo Fairly, co-founder of Green and Black organic chocolate;
Dame Stella Rimington Director General of the Security Services (M15) from 1992 to 1996;
and Sara Montague, BBC broadcaster and presenter.

Members were particularly pleased to welcome HRH The Princess Royal who spoke of her work for the Save the Children Fund. 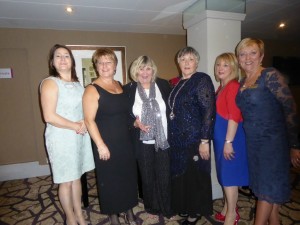 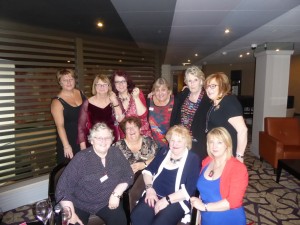 We talked about a ditty to make sure that we’d remember
What we did at SIGBI conference 5th – 7th November
We said we’d make it funny to make the others smile
We can’t recount it all right here ‘cos that would take a while
But we can give a little flavour of the fun that we all had
And don’t worry SI Haverfordwest our behaviour wasn’t bad
Thirteen of us in total went to Glasgow on the trip
We used planes and trains and autos but no-one went by ship
There was Carwen, Mavis, Janet, Pat, Jane and Bobbie too
Di Linda and Margaret just to name a few
Making up our numbers were Heidi and Marina
And to help me with my rhyming – along came Gaye and Deena
The fun started at the airport when Jane’s scan gave her a fright
The scan was far too late for Jane she’d had her baby in the night
Then Marina got pulled over – random testing, swabbed for drugs
The rest of us were quite concerned – were we travelling with thugs?
We heard a wealth of Speakers they ranged from chocolate bars to Spies
And as you can imagine when having fun time flies
We did some serious business we laughed till we were weak
We only had 4 days away but did enough to fill a week
For some of us the first time for others far from so
But members if you haven’t been – our advice is you must go! 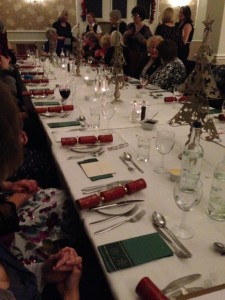 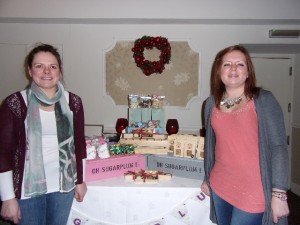 January 6th Speaker/Dinner Meeting – Elizabeth Daniels – Introducing Mindfulness to the young in order to deal with stress and mental health issues. She also put it into practice for the benefit of the members present at the meeting. 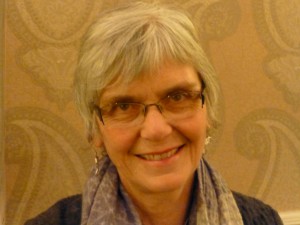 February 3rd Speaker/Dinner Meeting – Dave Padfield emphasized the importance of WaterAid to developing countries, providing access to clean water and saving the women walking many miles each day. Now working with the community, they can install a handpump and toilet blocks. People are healthier and disease has reduced. 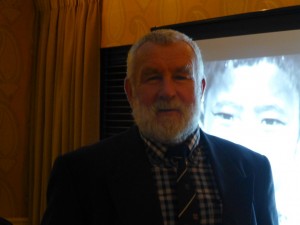 February 17th Business Meeting and gathering together of items for small backpacks to encourage and enable children in developing countries  attend  school. The Mary’s Meals project.

Febuary 21st Charity Lunch to raise finance in order to provide a bursary for a student from Pembrokeshire College to gain work experience. 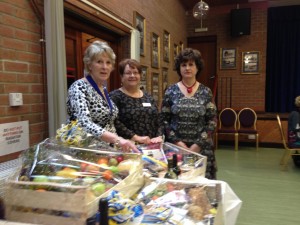 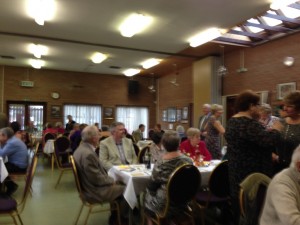 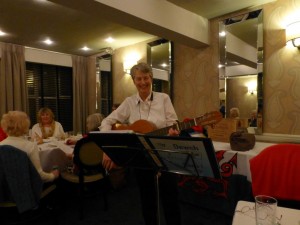 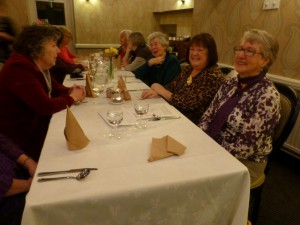 Emily our bursary Student, who works in the Clubhouse at The Gleneagles Hotel, which is a golf restaurant with a relaxed atmosphere, told our members  how much she loves the work. She now has a permanent post and is being promoted to Senior Waiter. There are lots of opportunities for promotion at the hotel and the qualifications are portable. 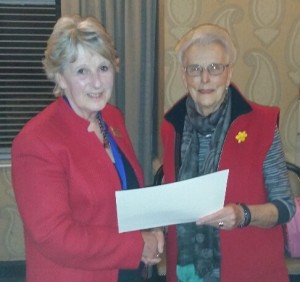