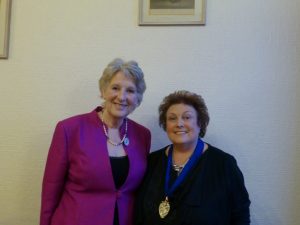 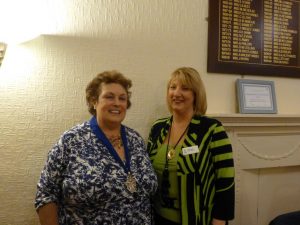 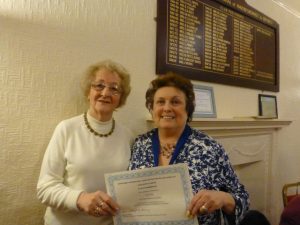 Inauguration of President Elect Heidi Lewis and presentation of award for 41 years of service to Soroptimism to Joan irving by President Helen. 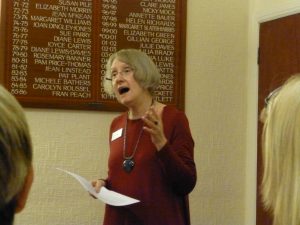 Past SIGBI President  and Haverfordwest Member Carwen gave a talk about her recent SI visit to Canada. 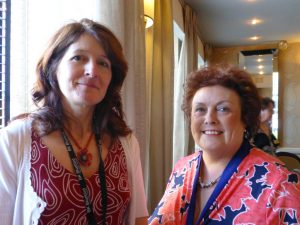 Sandra McSparron from Pembrokeshire County Council gave a talk on SPAM and FRAUD. She explained how easy it is to be drawn into the traps made by clever fraudsters in our emails on our smart phones and computers.

Members were met at Stackpole by their speaker “Dai Perry” for a ‘SHORT WALK and TALK’ on Local History followed by a meal at the Kings Arms, Pembroke.

Another opportunity to meet with Claire Morgan at Fenton Farm, Crundale for a Walk and Talk on Farming.

£107 had been raised by the Farm Visit and    45 back packs plus a large box of extras, that had been collected by members  during Soroptimist year 2015-16, had been dispatched for use by the children of the Mary’s Meals Schools. 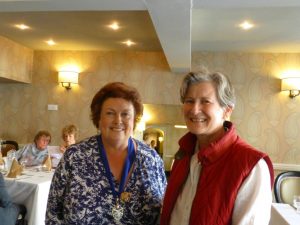 Gillian Howell, Haverfordwest Town Council gave a talk about Haverfordwest Festival Week, the last week of July. Members were asked if they would help man the information tent. A few members offered their assistance, however it was not possible to fulfil the whole week. It seemed like a very interesting week for the town. 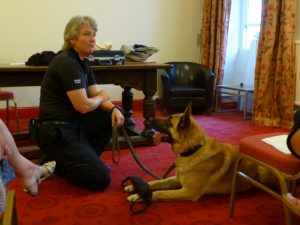 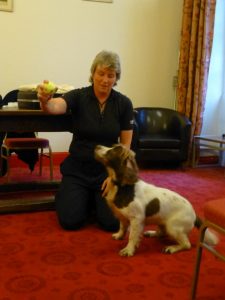 Sharon Gibby and the dogs that she works with.

Alsatian cross with a Belgian Melinour

The Alsatian/Belgian dog is use to apprehend and search for missing persons, the Cocker Spaniel is used for it’s inquisitiveness searching for drugs and other substances, this particular dog is due to retire and the Springer Spaniel is young and in training. They are really marvellous animals that help the police with their work. 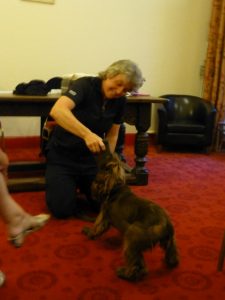 Dinner Meeting the Speaker Pippa who trained at the Royal School of Ballet. 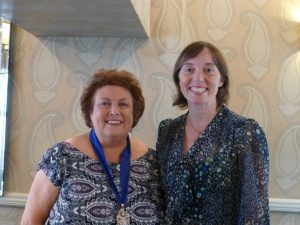