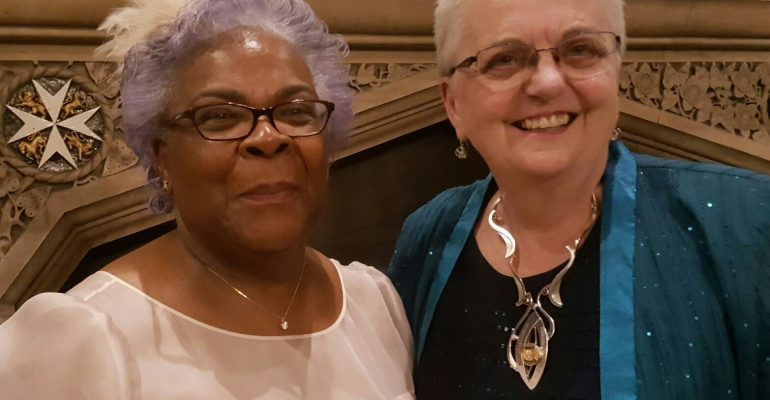 The Club had a whole weekend of celebrations 12-14th May 2017 with guests from all over the world including the Soroptimist International President Yvonne Simpson who is from New Zealand (pictured above with the Club’s Immediate Past President Joy Brown at the Gala Dinner in the Chapter Hall of the Museum of the Order of St John in London). 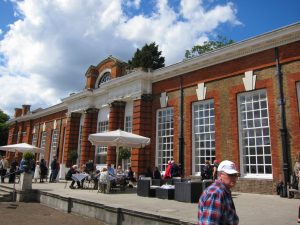 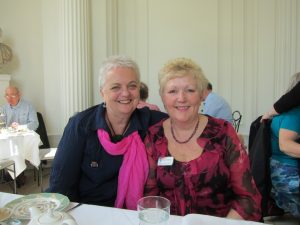 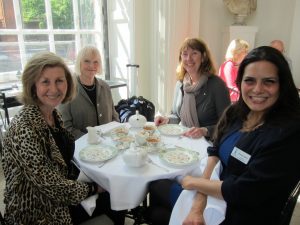 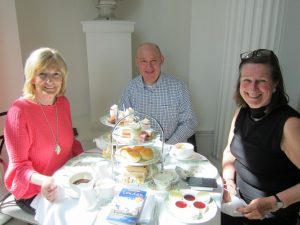 Unsurprisingly there were lots more guests at the delicious afternoon tea at the Orangery, Kensington Gardens on the Sunday. Pictured here at the Orangery are International President Yvonne with Regional Communications Officer Jane Slatter, the Club’s Presdient Victorial Clark with her table guests and SIGBI President-Elect Sue Biggs with her husband David and table guests.

What a wonderful way to celebrate a 90th birthday – here’s to the next 90 years!

“It was my privilege to join SI Central and South West London and their guests on the weekend of 12 – 14 May, to celebrate the 90th anniversary of the club which started in 1927 as a Venture Club. They joined the SI movement in 1930 under the presidency of Mrs Florence Rutter. 1927 saw the end of the silent movies and the first British woman to swim the English Channel. The first transatlantic call was made between New York and London, the introduction of the double decker bus, and an influenza outbreak that killed a thousand people a week. It was a time of great change preceding the Great Depression.

The ninety years milestone is significant. It signifies wisdom, responsibility, a desire to serve humanity, healing, education, benevolence, and altruism. SI Central and South West London lives up to the significance of its birthday number, with local and international projects. These include fundraising to support Cancer UK (in particular for ovarian cancer), assisting  the women’s refuge in East London with toiletries and other essentials, providing literacy workshops to a girls’ school and buying  protective equipment during the Ebola crisis. The club also supports a home in Lima, Peru, which rescues children from a life of drugs and prostitution on the streets, providing them with life skills and education for employment. SI Central and South West London also launched the English version of a book written for their project in Kyiv, Ukraine, where it sponsors partially sighted students.

The celebratory weekend consisted of a variety of activities: a reception, a guided walk with Hilary Radcliffe, who shared the role women played in central London area over hundreds of years, a fabulous dinner held in the museum of the Order of St John and a high tea in The Orangery, which is on the Kensington Palace estate.  It was a time of celebration and friendship, with special Friendship Link representation from Turkey, Netherland, and Belgium.

My thanks to President Victoria, IPP Joy and your team.. Barbara, Jean and many more… who made the event a success. Your sincerity of friendship and commitment to the Soroptimist mission was palpable. Congratulations on ninety years of service.”