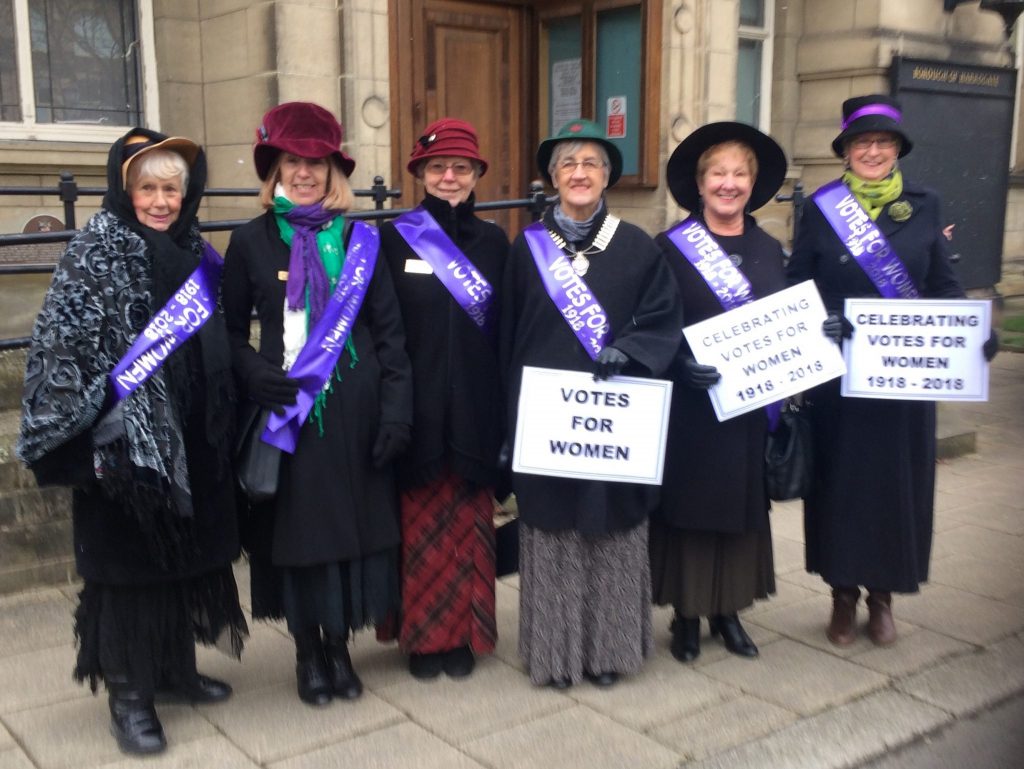 Members of Soroptimist International of Harrogate and District  joined the march on 6 February to recognise the important role the women’s suffrage movement played in gaining the right for women to vote in 1918 – though it would be another 10 years before all women over the age of 21 were able to vote in all elections. Since then women have taken an active role in the House of Commons although it took until 1958 for women to be allowed to sit in the House of Lords. We have had two female Prime Ministers, and hard fought legislation has been passed that has given women equal rights in the workplace and in the home.

Following the first world war, many women held important jobs for the first time and started to access professional and business education. Clubs formed exclusively for women throughout the world, enabled like minded women to meet socially. 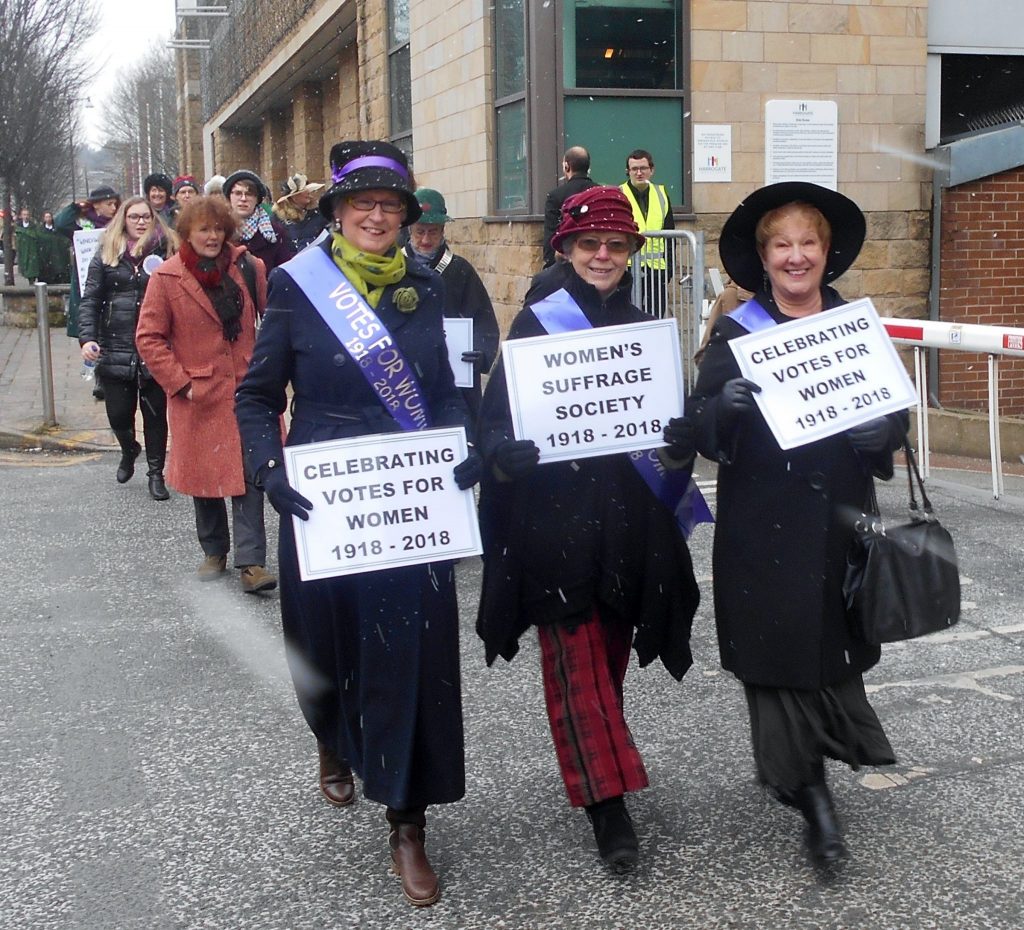 The Soroptimist movement began in 1921 in Oakland, California – though influenced by the Rotarian movement it was specifically for women – the word Soroptimist is from the Latin ‘Soror’ meaning sister and ‘optima’ meaning best of. The first Soroptimist Club in the UK started in 1923 in London.

Soroptimist International of Harrogate and District, founded in 1933, is part of a global volunteer movement with a network of over 75,000 club members in 122 countries, advocating for human rights and gender equality. It works across six UN Centres, where our UN representatives ensure that the voices of women and girls are heard.

The Harrogate and District Soroptimists responded to the emergencies of World War 2 in many ways but also by assisting refugees who were based at Fountains Abbey. In 1948, after the war, the first post war international convention attracted Soroptimists from all over the world to Harrogate and was a prime mover of the standing conference of women’s organisations in Harrogate. 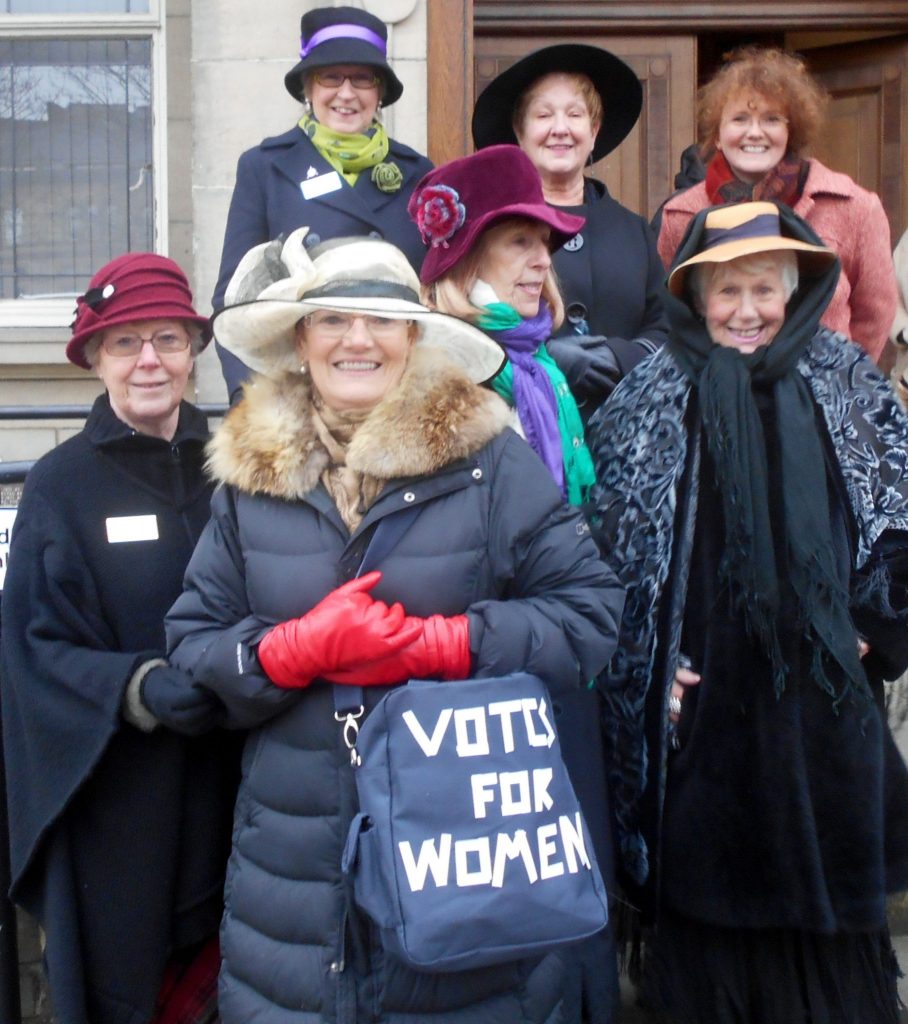 As a Club we work on sustainable and on the ground projects that help, encourage and empower women and girls to realise their aspirations and achieve their potential in communities worldwide.

Locally we support the Women’s Refuge, Young Carers, and are actively involved in Contact the Elderly to reduce loneliness for older people. We are currently looking at ways we can help reduce Period Poverty for women and girls locally. Internationally we support projects that educate, empower and enable women and girls such as the Meru Women’s Garden Project in Kenya, providing school uniforms in Malawi and books and school clothes in Pretoria South Africa.

We actively lobby on a range of issues and are currently encouraging people to sign the petition regarding how the change of funding for housing will adversely impact on Women’s refuges. In June, Yorkshire Soroptimists will be attending a workshop held in Westminster Hall ‘From Suffragettes and Beyond’ that charts the journey of how women won the vote.

The Soroptimist’s work in partnership with other organisations so that women and girls can achieve their individual and collective potential and have an equal voice worldwide. This work is as appropriate now as when the Soroptimist movement began in 1921. You only have to look at the media to see that there is much work yet to be done. That is why it is important for women of all ages to make sure their name is on the electoral register and use their vote in local and general elections to help influence the future.

For more information about the Club and how to become a member visit sigbi.org/harrogate or email sihandd@hotmail.co.uk