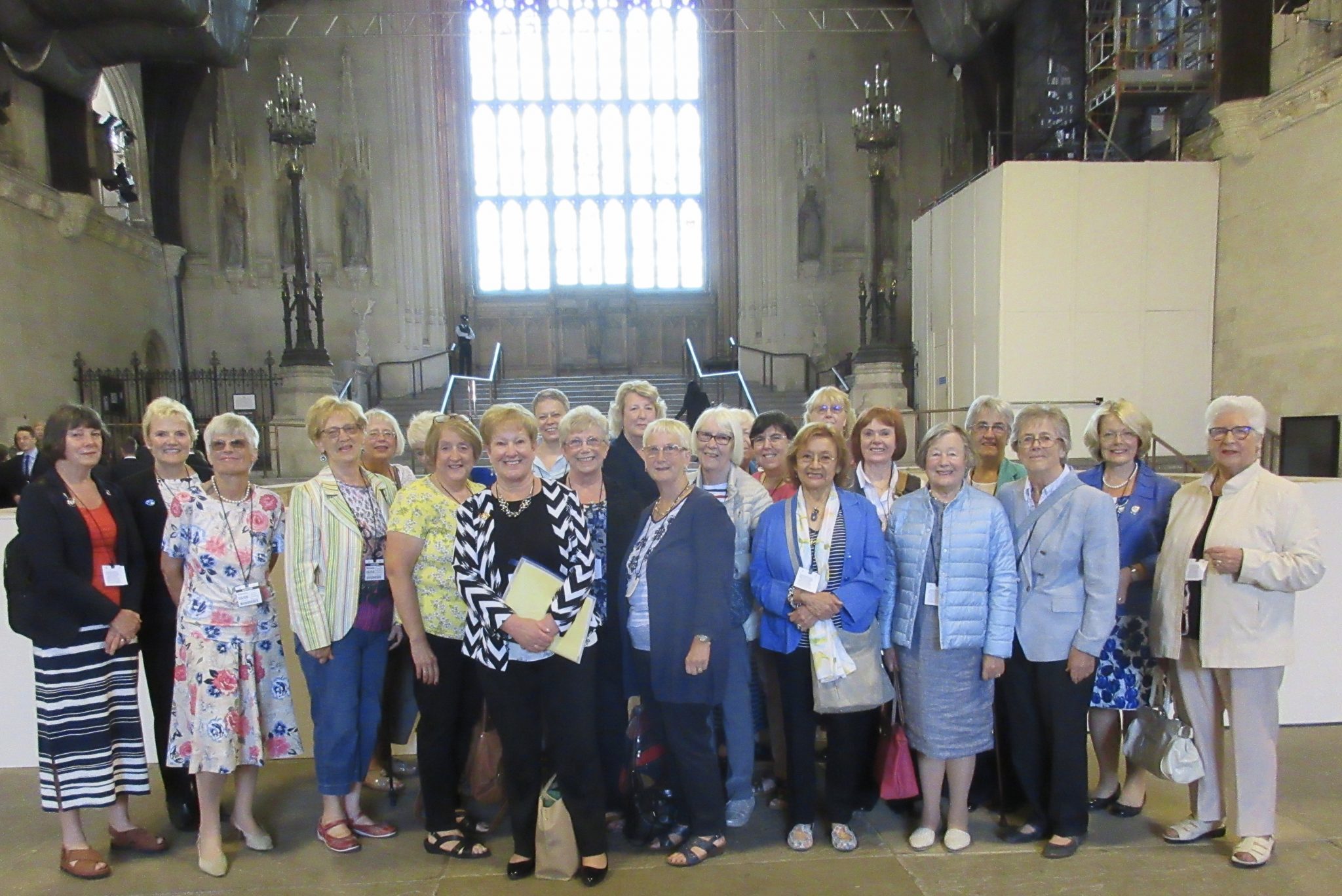 Four Club members joined Yorkshire Regional President Chris Clark and 20 others on the 5th June for a two night trip to London to visit the Houses of Parliament and celebrate 100 yrs since some women were able to vote in parliamentary elections.  It would be another 10yrs. before all women over the age to 21 could vote. 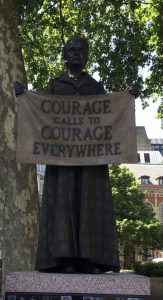 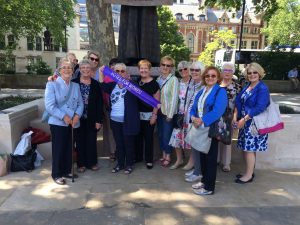 We arrived the day before our visit to the Houses of Parliament with most of us staying No 63 Bayswater Road (The Soroptimist Residential Club). We had great views of the Serpentine and Kensington Gardens and enjoyed the late spring sunshine before preparing to go out for a lovely meal at Taormina Italian Restaurant just a short walk from where we were staying. We were up early the next day to get taxis to the Houses of Parliament –  The House is sitting at the moment so tours start early before the House sits at 11.30 am –  and that’s one thing we couldn’t do –  you can stand over the seats in the House of Commons and Lords but not sit on them –  that is a right reserved only for MPs or Peers and NO photos or padlocks allowed. 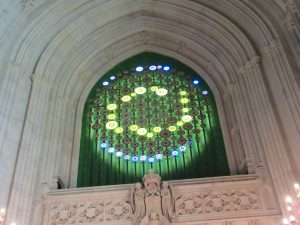 Our guide for the morning was nearly 90yrs old but she was fabulous –  she gave us a real insight into parliament, some well and little known facts.  We saw the place where some of the suffragettes had chained themselves to the statues in St Stephen’s Hall in 1909 –  so that was the reason no padlocks were allowed!!  We marvelled at the the wonderful illuminated New Dawn light window in the porch of St Stephens Hall – the window responds to the ebb and flow of the tide on the Thames.

We then had a workshop with Charlotte from the  Parliamentary Outreach team. We all knew that some women (over 30 and rate payers) got the vote in 1918 but very few of us knew that it took another 40 yrs till 1958 for women to be allowed to sit in  the House of Lords! 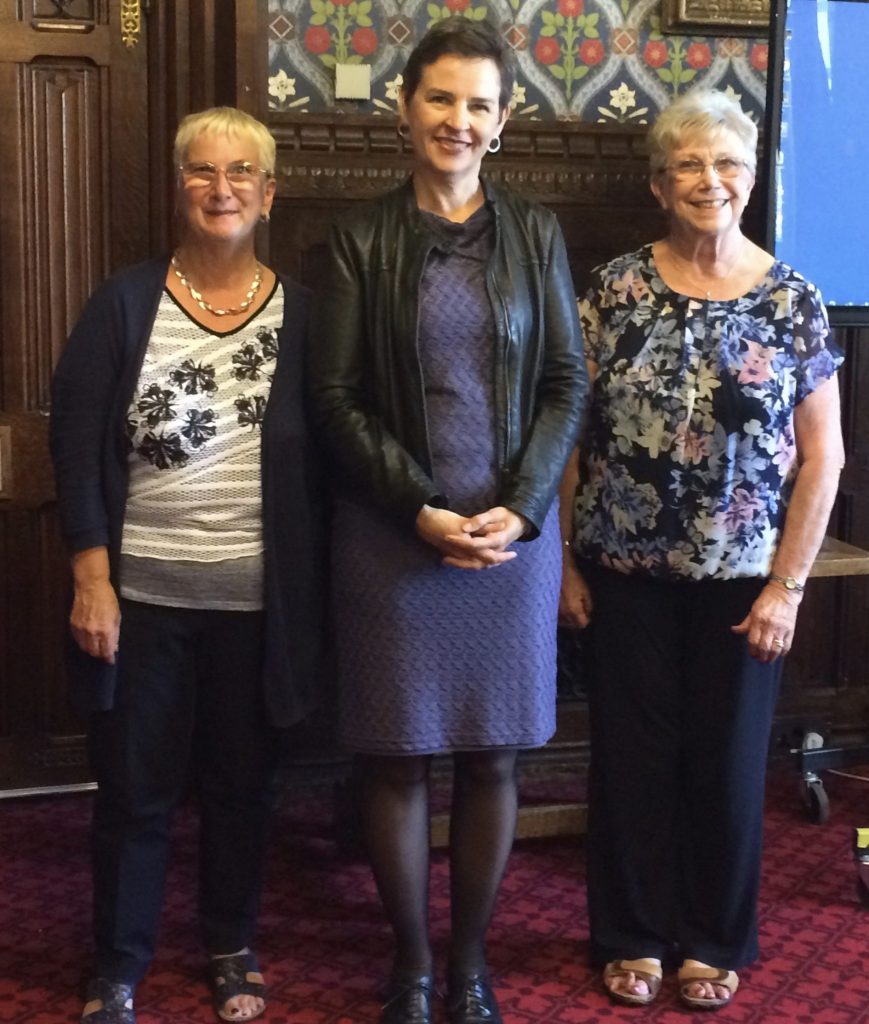 Wakefield MP Mary Creagh joined us for a sandwich lunch and spoke about life as a working MP –  she took questions ranging from Brexit to the authority of the Speaker. After some retail therapy –  yes even in the Parliament there is a shop – we visited the statue of suffragist Millicent Garett Fawcett in Parliament Square. Millicent led the peaceful campaign to get women the vote. We had some discussion about whether the suffragists or the suffragettes had the most impact – the out break of the 1st World War was significant as women demonstrated they were equal to many tasks previously only done by men –  and maybe the Russian Revolution played a factor as many men who fought for the UK were unable to vote until the 1918 Representation of the Peoples Act enabled the remaining 40% of men over the age of 21 to vote. We also learned that women were not treated the same way as it was known that the great loss of men (1 in 10 died) due to the war would give more women the vote than men! 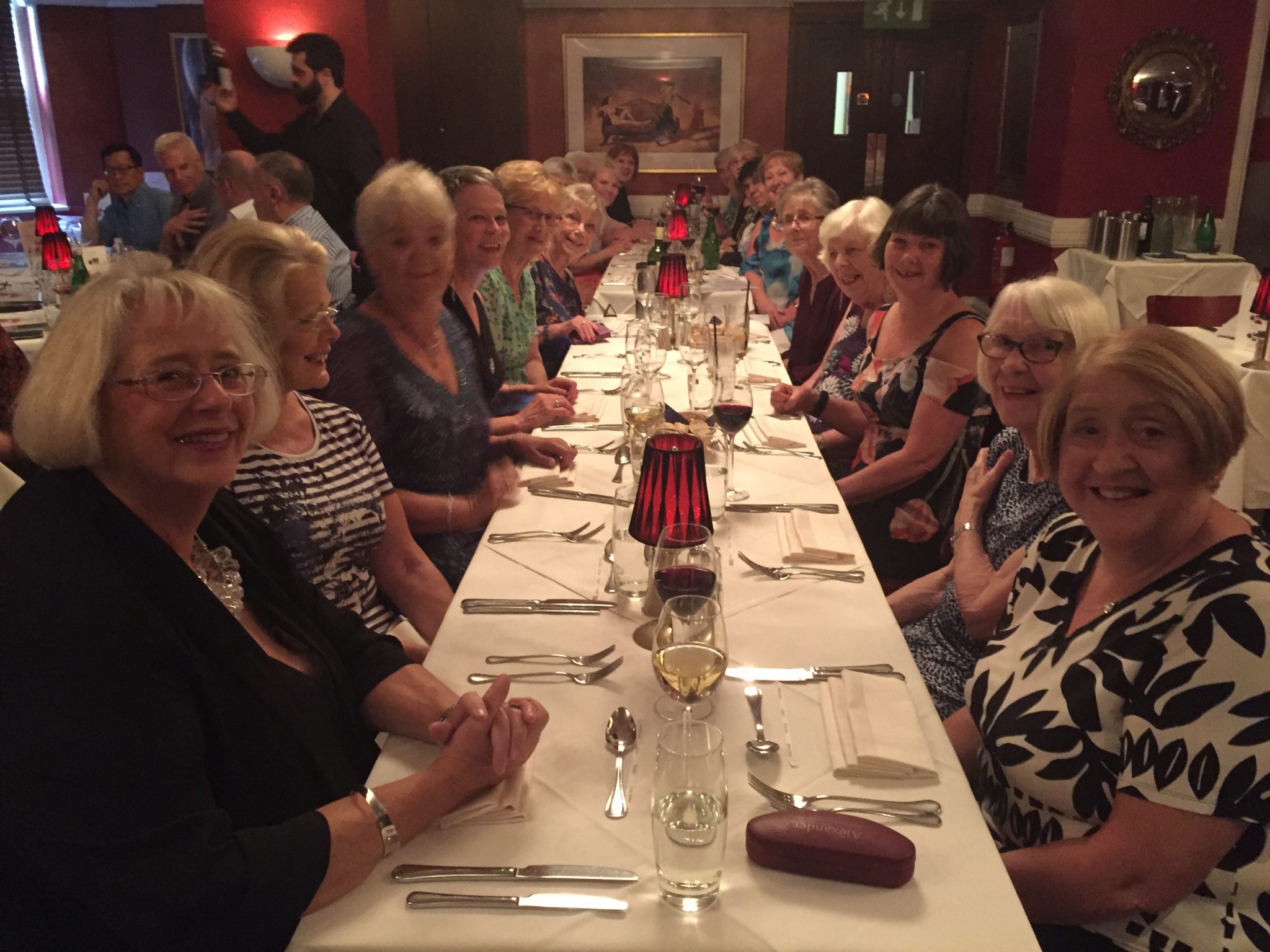 In the evening we had a wonderful experience provided by Bel Canto Restaurant almost next door to where we were staying. Bel Canto is a restaurant with a difference, we were entertained by our waiters and waitresses – amazing opera singers who sang so wonderfully. We left on a high.  It was a great two days enjoyed by one and all. Great weather, great company. We all felt we knew more about Parliament, its history and how it works and about the story of how women finally got to vote  – but with barely a third of women in the House of Commons and only a quarter of Peers in the House of Lords there is still someway to go.

Thanks to our Club member Pat Shore MBE, President Chris Clark and the organising team who helped make the trip happen and to Mary Creagh MP for giving us her time and hosting our visit.  Great fun too.