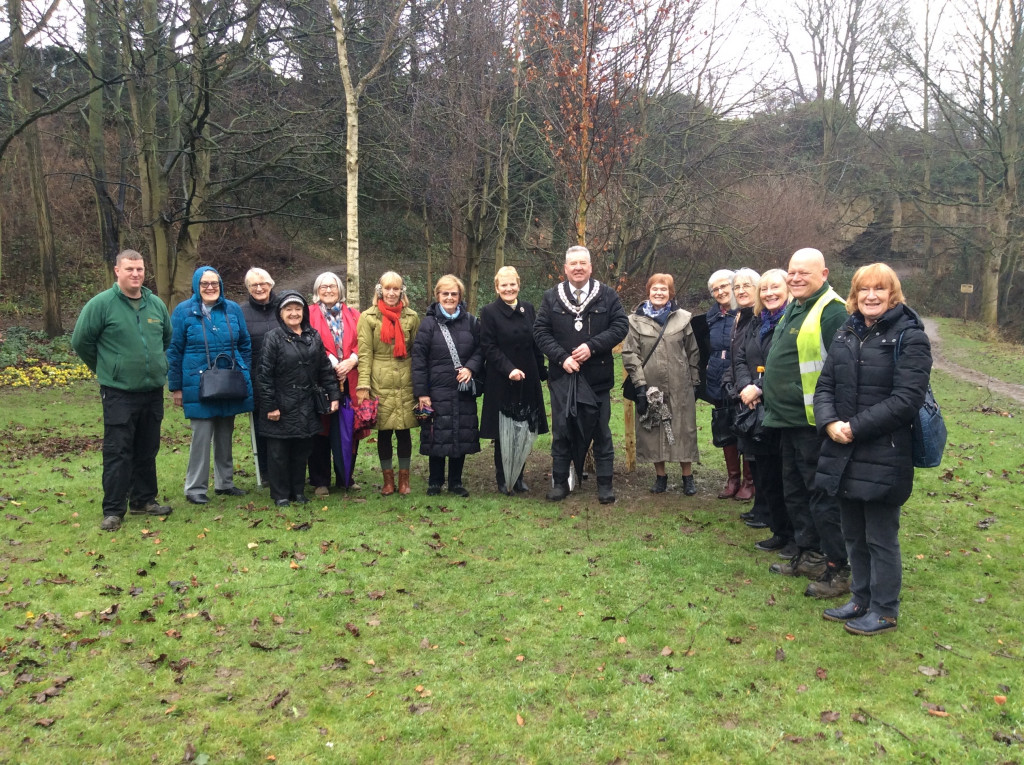 The rain didn’t deter President Val Hills  and the Mayor of Wetherby, Cllr Neil O’Bryne from planting  a memorial tree by the River Wharfe in Wetherby on the 8th February. The tree, a silver birch, was planted in memory of past members. It  follows the planting of trees in Ripon and Harrogate to celebrate over 100 years of Soroptimist International.

President Val and 12 members of the club, including three from Wetherby braved the weather and mud. The Mayor  spoke of the invaluable work done for women and girls by Soroptimists in the district. President Val thanked the Mayor for his kind words and also praised Colin Trayford and Gerald Williams from Leeds City Council Parks and Countryside Department who did the heavy work. President Val said “It is a privilege to be joined by the Mayor today in the planting of this tree.  It will serve as a memorial to the great work done by Soroptimists to improve the lives of women and girls over the last 100 years.” 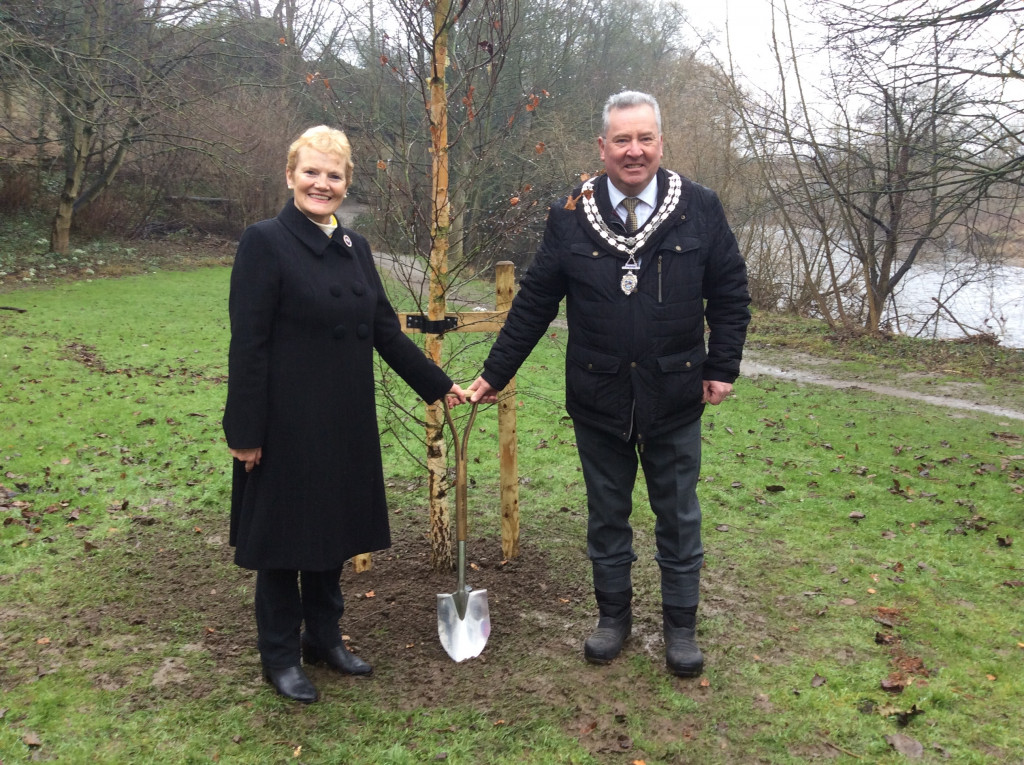 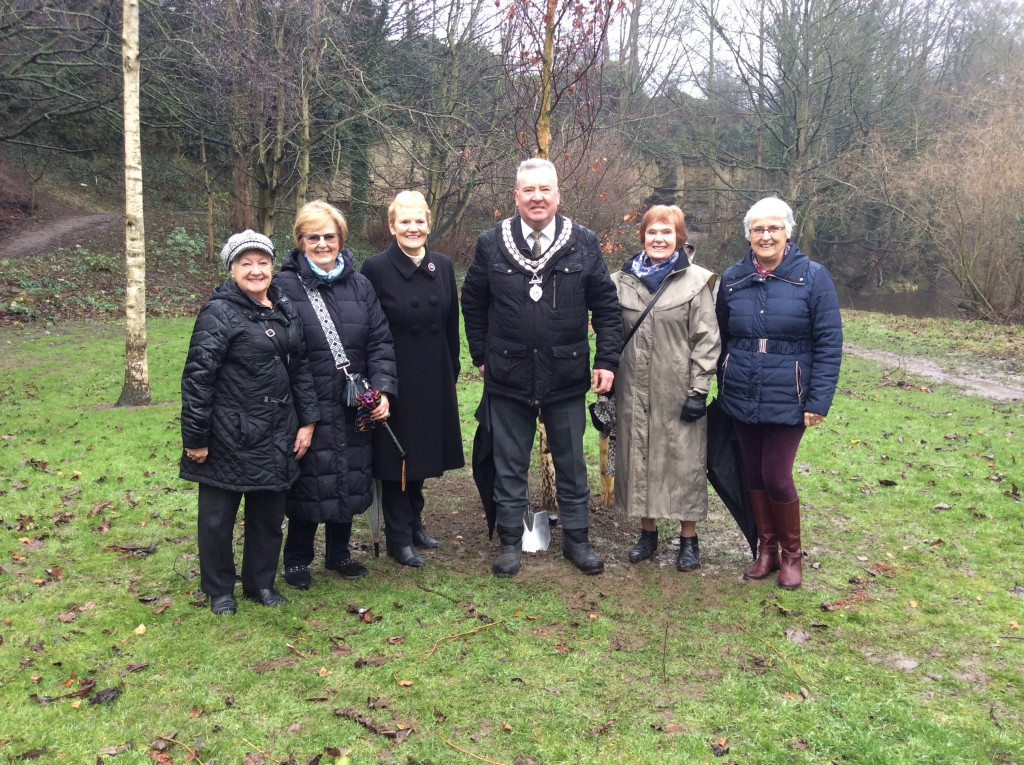