In 2008 Joyce Greaves and Shirley Turner started a project of Helping children to read in St. Andrews School, Keighley. They did an excellent job and can still be seen on the school website. This project finished after one year and the club wanted a similar project in a Keighley school.
On this basis four years ago when Elizabeth Hughes and Christine Anderton went to see the Headmaster of Eastwood Primary School it was agreed that we would add value if we could involve the mothers in a weekly ‘coffee club’ meeting. This is seen by the Club as an important part of our Programme Action. This has progressed over time and we have all been educated, some empowered and a few enabled with new skills as a result of the varied programme we have been involved in.  We have all gained understanding of each other and of the different cultures and traditions.

We have been fortunate in receiving funding from Church Urban Fund (CUF)  via Near Neighbours group that has enabled us to take opportunities that would not have been possible without help, for example visits to local historical sites and a Family Day trip to Southport.  We have organised and enjoyed two celebrations of International Womens Day and raised funds which have been shared by the two communities. A third International Womens Day was organised by the mothers in 2014 and was a great success. 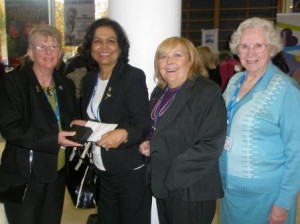 In Belfast we won one of the Programme Action Awards for our work at Eastwood Primary School under the banner of S.A.M.E.
It was a great honour to receive the award at conference and be joint overall winners with S.I. Karachi for this project and the fundraising we have done which has gone to Pakistan to improve the lives of others.  This is Soroptimists making a difference. 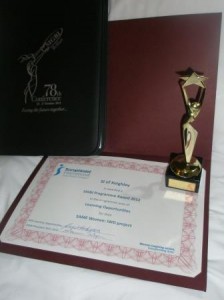