Did you see this bus touring around the city centre of Liverpool in February? No! Then the chances are that you also fail to see the signs of modern day slavery all around you too! Club member Annette, who works for Stop the Traffik, met the Lord Mayor, Cllr.Anna Rothery on her journey around the city. The purpose was to advertise the helpline for victims and the general public and to raise awareness of the scale of modern day slavery. 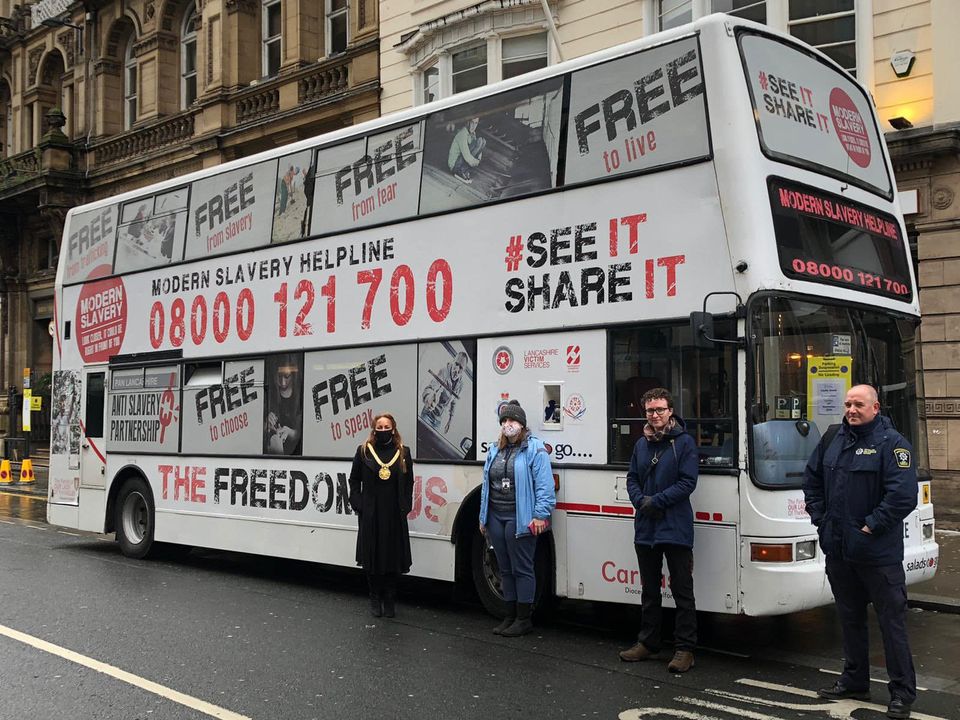