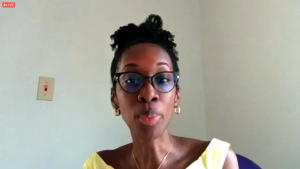 Membership Director of SIGBI Federation, Chevonne Agana , started this session by welcoming all to the membership session on the first day of the 87th Federation Conference! Her cheerful demeanour and lively voice were infectious, making one look forward to what was to unfold next.

Though the last year was a tough and challenging one she wanted all to focus on the positive aspects and hoped that members of different SI clubs could take notes and implement the measures taken by some of the clubs to increase their membership in spite of the challenges imposed by the Co Vid 19 pandemic. 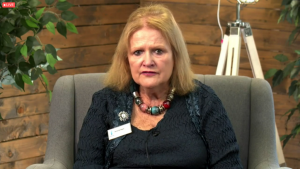 The first to speak was Kay Turner, Regional Membership Officer of South west and Channel Islands. She lauded the efforts of Jane Bridges, Club Membership Officer of SI St Austell and District. Jane managed to install nine full members and two link members as well as a transfer in. This was in spite of the pandemic. The tools used by her and her club were social media, communicating with all those who commented on their FB page, having speaker meetings as well as business meetings virtually. She shared with all the ‘Growth Plan’ her club had adopted since inception which keeps their members focussed on the objectives of the club such as increasing membership, communication, marketing and press and publicity. She spoke of linked membership as an alternative form of membership for those with time constraints. When a full member wanted to resign, Jane offered her ‘Linked Membership’ which was taken up enthusiastically by the said member. Mentoring was another aspect discussed by Jane, how they ensured that every new member is paired with an experienced member as her mentor. She gave the example of the mother daughter pair of President Nattie and new member her daughter Anna. ‘Growing Our Brand in the Community’ was another measure Jane spoke about. The Press and Publicity team worked on creating awareness about their club in the community! The club has even made a special mirror compact to mark the Centenary! Last but not the least they have masks made in the Soroptimist colours of blue and white with the name of their club. In conclusion Kay and Jane wanted all to remember the latest SIGBI initiative…’Each one Bring One!’ 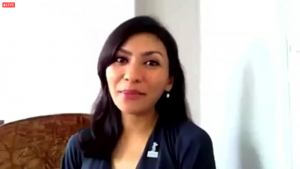 Next was Jana Koylass, membership officer of SI San Fernando. She spoke about ‘Securing the Future’ by bringing in six new members and managed to get five more potential members. All the new members spoke about how they felt about becoming members of SIGBI. Stephanie Quan Soon said she loved the two sides of being a Soroptimist, serious work and the fun side too. She is the PAC currently and is loving her responsibility. Angela Guerra from Cuba said she is looking forward to be inducted. De Nyssa Christom-Furlonge said that when she attended a business meeting , she liked the mix of ethnicities and ages, the cohesion and mutual respect. Lisa Teewarie Sankar said she was drawn to the club after reading about them on Facebook. She was impressed by the work being done for education of girls and mental health. Seeing her background of accounts she was given a post in the Executive Committee just a month after her induction! Jana said that good use of ‘Social media, Warm informative introductory Meetings, Early involvement in projects and activities, Early inclusion in the Executive Committee based on Skill and most importantly continuous training and mentoring’ were the tools used by their club.

SI Wigan did it differently! They had a billboard announcing, ‘SI WIGAN IS SHOPPED!’ …..for over 12 months! Thank you Wigan Council.  On the same billboard, was this quote, “An Equal world is an Enabled world” which was put on a busy roundabout visible for all motorists to see for the duration of an entire year. This visibility was instrumental in getting the club new members! SI Wigan’s takeaway message is, ‘See what is happening locally and be seen!’ The club’s secret for success is:

SI Surrey Hills put up pictures of the work they did in spite of the pandemic such as supporting 700 women and raising 2000 pounds! SI Surrey doubled membership in 2021. New initiatives were undertaken. Virtual meetings, hybrid meetings, 80 strong mailing list with advertised calendar of events,etc helped them to embrace a broader audience. They increased local advertising and their range of projects including parliamentary lobbying, establishing their profile locally by putting up stalls at the Godalming Show and Bramley Village Showcase! New members were welcomed and given lots of attention by the experienced members. They were encouraged to join relevant projects giving them a real sense of purpose! New members Tracey, Mary, Debs, Nansi and Carol shared their reasons for joining. The club shared their proudest moments highlighting the election of their member Ruth Healey as President Elect of a Leading International Volunteer Organisation, a 6000-member organisation in 18 countries!

SI Surrey Hills shared their 3 main tips with other clubs: 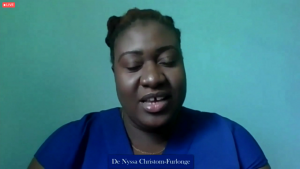 SI Port of Spain Trinidad and Tobago shared their ideas too. This was inviting potential members to know about their Program Action, Team Work, Strategy for recruitment, Continuous Engagement and working on their social media website. They used virtual platforms extensively. They started a one year long Inter-generational leadership program for women in partnership with Women in Pursuit of Alternate Development, an interesting project.

SI Salisbury, a relatively new club, shared their strategy for membership as ‘Warm Welcome, Listen and Adapt, Interesting Projects, Shout About It and Focus on Recruitment’ in a cyclic manner. They realised that interesting projects and project work keep members enthusiastic and involved as well as draw the ‘potential members’ to the club activities! Meetings were held remotely; work was carried on by the different project teams. They focussed on digital media and kept advertising through press, radio and newspaper as well. This way, they would ‘Shout About It’ that is ‘their work.’ They had meetings on Zoom, had breakout rooms and kept in touch informally on WhatsApp.

SI Stafford had a strategy of three Ps, Plan, Program and People. The three year ‘Plan’ was made in 2018 on how to grow membership as well as retain the existing ones. The Marketing and Communication team ensured visibility of the club in various media and the Membership Officer and Membership team was responsible for getting new members. Their theme for the year was ‘Sustain Together’ where they involved their new members. For retention, existing members were felicitated. ‘Long Service Certificates’ were awarded to senior members, for 35 years to Val Denne, for 40 years to Margaret Burns and Jill Williams and for 45 years to Bonny Williams. They faced the new situation by using digital media like Zoom and connected with WhatsApp. New members said they felt welcomed and at home. They have a total of 42 members, of which 7 are new and 6 have been transferred in.

Towards the end of this session on membership we got to know about SI Rossendale, a club which got 6 members during the pandemic! To achieve this, the club

They held a ‘Woman for Women’ award ceremony on Rossendale Radio, kept a stall in the market place, held virtual meetings with their friendship club SI Bocholt in Germany and had a ‘Show and Tell’ meeting for new and old members to get to know each other better. They also intend to start a podcast soon.

The session ended with Chevonne Agana saying that, let us continue with our membership as ‘We Build Back Better!’

On the whole it was an interesting session with lots of ideas which other clubs can implement if they wish to do so.