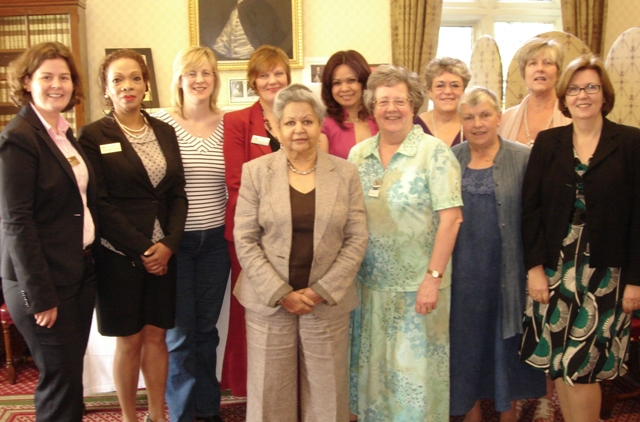 There were nine of us present at the Public Speaking workshop hosted by Baroness Shreela Flather on Tuesday 15 June. She is a feisty lady and broke the mould when she became the first Asian in the House of Lords and a woman too. There was a good representation from the Clubs of SILC Region and we spent the morning showing her our prepared speeches. It was clear that perhaps we didn’t all interpret the meaning of Public Speaking correctly and she made it clear who had it right or not. We were invited to mark certain elements and make our own comments about each other.

It was during this discussion that other talents became apparent and after lunch we reorganised our speeches, some changed content totally and we re-presented the results. This time around the messages were more succinct, better timed, and more entertaining – amazing what a few sandwiches, juice and coffee can do. It showed that we had listened and taken note of what she had said. It was a pleasant informal day in one of the meeting rooms used by the Lords.

We were delighted to buy signed copies of the Baroness’ book ‘Woman: Acceptable exploitation for Profit’ at the end of the day. This event has first been arranged by former Region President Sylvia Watson and had taken a while to come to fruition. The Baroness confirmed she would be willing to do this again so we look forward to offering spaces to more Soroptimist members from the Region to take part.