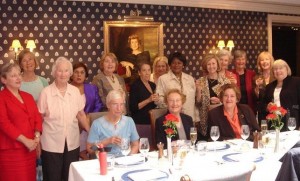 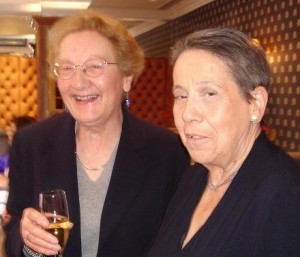 When SI London Mayfair disbanded in April 2010, the members knew they would always stay in touch. It has fallen to Sakina Jetha (now of SI Central & SW) to arrange a social event for the former members and this was the third event which she has arranged. Previous events were lunch at the Ritz as well as a previous visit to the Sloane Club. It was also a double celebration as Eve Craske, now a member of SI Elmbridge, had celebrated her 80th birthday earlier in the year and we had champagne and birthday cake as part of the lunch.

SILM distributed the remainder of the charity monies raised during their final year to extend the finance of projects which they had started, this meant that Project Mala in Africa had a further 3years finance and a pupil in San Fernando, their Friendship Link, had a further year. Since the closure, members have joined other clubs, from SI Ilford to SI Newbury, SI Central & SW, SI Thames Valley and SI Elmbridge. The good work continues!

Our thanks to Sakina for arranging these get-togethers and we look forward to the next time.