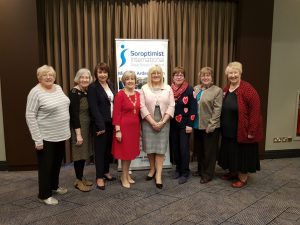 On Saturday, March 16th 2019 MAR held their 17th Public Speaking Competition at the Crowne Plaza Solihull. The competition was of an extremely high standard.

Our grateful thanks go to the committee and fellow Soroptimists who enabled the day to be most successful.

1st Prize was awarded to Sinead McCall sponsored by SI Stratford whose chosen topic was Human Trafficking – Modern Day Slavery.   How can we stop it?

3rd Prize was awarded to Tamanna Janjua sponsored by SI Solihull.  Her chosen Topic –   Human Trafficking – Modern Day Slavery.   How can we stop it?

All the candidates spoke most eloquently and were a joy to listen to. 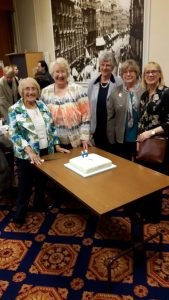 1st prize of  £150  plus the trophy went to Thomas Woodland, sponsored by SI Stratford upon Avon his chosen topic was “Have women’s rights gone too far”

2nd  prize of £75 plus a trophy went to Jude Radley,  sponsored by SI Leamington & Warwick, his chosen topic was “Migration how open should our doors be”.

3rd prize of £25 plus a trophy was awarded to Daniel Harrison, sponsored by SI Solihull & District. His chosen topic was “What does Brexit mean to young people?”

All our contestants were given a £25 book token from their sponsoring clubs.