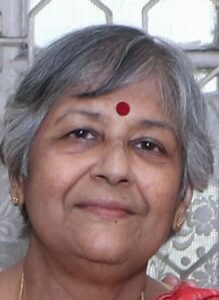 The United Nations has stated that Conflict, insecurity, weak institutions and limited access to justice remain a great threat to sustainable development.

The number of people fleeing war, persecution and conflict exceeded 70 million in 2018, the highest level recorded by the UN refugee agency (UNHCR) in almost 70 years.

In 2019, the United Nations tracked 357 killings and 30 enforced disappearances of human rights defenders, journalists and trade unionists in 47 countries.

And the births of around one in four children under age 5 worldwide are never officially recorded, depriving them of a proof of legal identity crucial for the protection of their rights and for access to justice and social services.

Modern slavery is also an increasingly important global issue. According to the International Labour Organization, over 40 million people are subjected to various forms of exploitation including forced labour, debt bondage, sexual exploitation and forced marriage.  Modern slavery poses a particular risk to those moving to new and unfamiliar places, even inside their own country. Is climate change a driver of forced migration which could be leading to greater numbers of people becoming vulnerable to contemporary forms of slavery?

Climate change is disrupting livelihoods right now. For example, the effects of climate change on water supplies has gravely worsened the impact of the conflict in Yemen, resulting in an estimated 55,000 deaths. In Bangladesh, the World Bank has warned that the number of people displaced by climate change could reach 13.3 million by 2050. There is increasing evidence that climate change is helping to fuel the spike in the number of Central American migrants seeking to enter the US.

The relationship between climate-driven migration and human trafficking was  substantiated by the International Organization for Migration. Their report revealed that both sudden- and slow-onset climate disasters led to increased risks of trafficking as criminal networks start to work in disaster effected regions. It highlighted that further research is also required to understand the differential impact that climate change has on men, women, boys and girls and how this relates to human trafficking. In general, women and women-headed households are perceived as vulnerable to trafficking, alongside children displaced or orphaned during natural disasters. While men are more likely to be subjected to forced labour, women and children may be coerced into prostitution or exploitative domestic work

So what can we do to address the problem, as members of our own local communities and as a Soroptimist?

By thinking more about the food that we buy can have a impact on human trafficking. According to a recent article on the British Retail Consortium’s (BRC) website workers in the regions of Huelva and Almeria in southern Spain, thousands of migrant workers, largely from North Africa, work in gruelling conditions, picking salad vegetables and soft fruits that are sold in UK supermarkets. For more than 20 years, workers have been reporting flagrant abuses of basic rights. https://brc.org.uk/news/csr/ending-labour-exploitation-in-the-supply-chains-of-food-retailers-issues-in-southern-spain/

The travel industry is severely impacted by Covid 19 as are the airlines and shipping which connect businesses to markets, reunite families and friends, and facilitate tourism and cultural exchange. Aviation has also been working on its Climate Change Strategy. In 2019, civil aviation as a whole emitted around 915 million tonnes of CO2, which is a little more than 2% of man-made carbon emissions. The industry recognizes that their operations contribute to climate change and in 2009, the aviation industry set three global goals to address its climate impact and for  shipping, in a BBC News article in 2020 highlighted the  the need to move to cleaner fuels because of the introduction of the 2020 sulphur emissions cap by the International Maritime Organization https://www.bbc.co.uk/news/business-52289303.

But unfortunately, according to the International   Air Transport Association     https://www.iata.org/en/policy/consumer-pax-rights/human-trafficking/ the global air transport system can  also be exploited by criminals for the illegal trafficking of men, women and children. So how aware are we when we travel that exploitation may also be takin place right under our noses ?.

International Anti Slavery Day falls on the 18th October every year. Perhaps this year is an opportunity for us all to do more on climate change in order to  help eradicate  human trafficking. Come and help us to do so – https://sigbi.org/get-involved/membership/