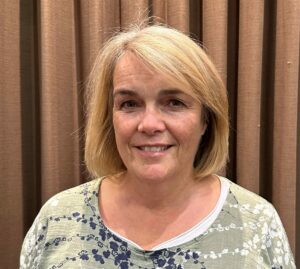 The UN vision for people is:

‘We envisage a world free of poverty, hunger, disease and want, where all life can thrive. A world with universal literacy. A world with equitable and universal access to quality education at all levels, to health care and social protection, where physical, mental and social well-being are assured. A world in which every woman and girl enjoys full gender equality and all legal, social and economic barriers to their empowerment have been removed. A just, equitable, tolerant, open and socially inclusive world in which the needs of the most vulnerable are met.’

Soroptimists across the globe work to support and facilitate this vision.

How do we do this?

Soroptimist Clubs undertake a range of projects, which can be local, national or international. Projects work towards ending poverty, eradicating hunger, improving health and health care, providing education for all and working to address gender equality issues.

Members can support projects by practical and/or financial support, or by Advocacy (lobbying governments and raising awareness of the issue); this includes signing petitions.

Below are some of the projects Soroptimists have undertaken.

Period Poverty happening in the UK?

“Period poverty is a very real challenge facing many girls in the UK, and it’s devastating to hear of the impact it is having on girls’ lives, their ability to be themselves and their self-esteem. For too many girls, dealing with their period each month is proving a tough challenge – and in 21st century Britain, this shouldn’t be the case.” https://plan-uk.org/media-centre/plan-international-uks-research-on-period-poverty-and-stigma

Research carried out by Plan International discovered that, in the UK,

The Free Periods movement started to provide free menstrual products in all English schools and colleges, and from January 2019, they joined forces with the Red Box Project as well as working with human rights lawyers to build up a robust case to present to the government.

Victory was achieved when the government announced that From Monday 20th January 2020, every state-funded school and college in England would be able to order free period products for their students! However, the Scottish Government was the first Government in the world to make free sanitary products available to all pupils and students from August 2018 followed by the Welsh Government announcing substantial funding to address period dignity and period poverty in Wales in April 2019.

How did Soroptimists help? 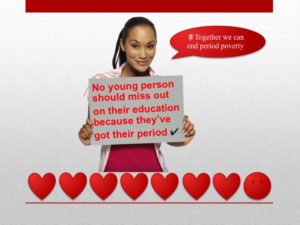 Many Soroptimist Clubs, across England, teamed up with their local Red Box co-ordinator and donated sanitary products and knickers to be distributed to the local schools and colleges. Some Clubs raised awareness of the issue within the wider community and set up collection points. SI Leigh and District wanted to get involved but discovered that there was no Red Box co-ordinator for their area, so their Programme Action Officer took on the role and they set about contacting local businesses to set up donation points, contacting schools to make links with the relevant staff members, picking up donations, filling and delivering boxes along with the relevant posters and information for staff and pupils. By the end of the project, they were supporting all the schools in their area, out of school provision through community centres and hubs and had provided over 60 boxes where young people can access period products and knickers.

SI St Austell and District applied for a grant and received the fantastic sum of £10,000, which enabled them to supply 200 schools across Cornwall with the added support of local businesses.

Why are those who menstruate discriminated against?

Period-shame is rooted in gender inequality. Cultural and religious traditions around periods are often derived from discriminatory, patriarchal norms about a girl’s status and place in society.

As a result, girls and women are often expected to refrain from normal activities, such as bathing or cooking and may even be banished from the home during their period. These restrictions and negative attitudes towards menstruation affect girls’ self-esteem.

Girls and women do not speak about menstrual hygiene and most do not have access to hygienic sanitary pads because they cost too much. Instead, they use old bits of cloth.

As a result, many girls skip school during their period because of the difficulties in managing the bleeding and the embarrassment this can cause. Most schools do not include facilities to assist girls during their period – they do not provide sanitary towels, for example, or a proper place for disposal.

How can Soroptimists help?

Many Clubs have developed projects that educate girls in developing countries about the importance of menstrual hygiene and the need to attend school regularly even during the menstrual cycle. 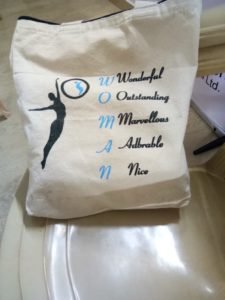 SI Whitefield, India has undertaken numerous projects raising awareness of sustainable menstruation. Indian women have traditionally been using old cloth to manage their periods. The subject is considered taboo. Women were considered unclean during that period and were not allowed inside their homes or to cook and had to sleep in the cowshed or an outhouse. The cloth could not be dried in the sun and so would breed fungus and bacteria, making it unhealthy for use. Then came the disposable cloth pads which were convenient, but the negative effect was a build-up of garbage.

SI Whitefield organised a series of talks aimed at raising awareness of the issues of the menstrual health of the women and girls, the environment and the money they could save by using washable cloth pads. The women and girls involved in the talks were delighted to learn of the availability of washable cloth pads and menstrual cups and were impressed with the three-pronged benefits.

Get involved, join Soroptimists and make a difference.