In 1997, a Fund raising Lunch was arranged at the Holiday Inn Hotel. The Hotel Chefs demonstrated continental recipes and the ABC farms exhibited cheeses, fondues and dips. They also sponsored the event.

In March 1998, we staged a Gujarati Play on the eve of the Parsi Festival Navroz to raise funds for our Education sponsorship project. It was a big success and received rave reviews.

In Dec 2003, a Dinner Dance was organized at the Club Polaris of the TAJ Blue Diamond. It was a spectacular show and it raised funds for our village Health Centre at Phulgaon, Pune District.

In 2005, we staged a Dance Ballet choreographed by Pune’s leading Choreographer and dancer Dr. Suchitra Date. It was a theme from India’s epic the Mahabharat and called “Kunti Ek Katha”. This too was a runaway success and raised funds again for our Education Project – “Let me Learn”. 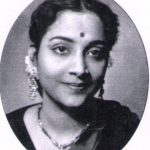 Another Fundraiser for the Girl child Education project was organized in August 2016. It was an audiovisual show on the life and songs of the noted singer of yesteryears, Ms. Geeta Dutt presented by Mr. Vishwas Kale. It was a nostalgic evening of haunting and ever popular melodies showcased with their film history.  The venue was the University Women’s Association hall, at Pune. The show was highly appreciated by the audience and a substantial   amount was raised for our Education sponsorship project named ‘Let me Bloom’

Film Shows of award winning movies are also arranged at the National Film Archives by us to raise funds.

In March 2018, Soroptimist International Club of Poona held a musical programme of devotional songs sung by two young upcoming artistes to raise funds for their ‘Girl Child Education sponsorship’ project, which is aptly entitled ‘ Let me Bloom’. The show was much appreciated and a substantial sum could be raised for this project. 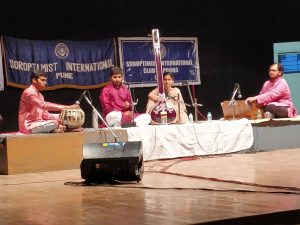