I have just sent  by post, an anniversary card which had been signed by most club members last March (2020) !
Underneath, you will also find the ´speech ´I had prepared for last year ceremony.   I am also sending some photographs from our chartering in 1994. 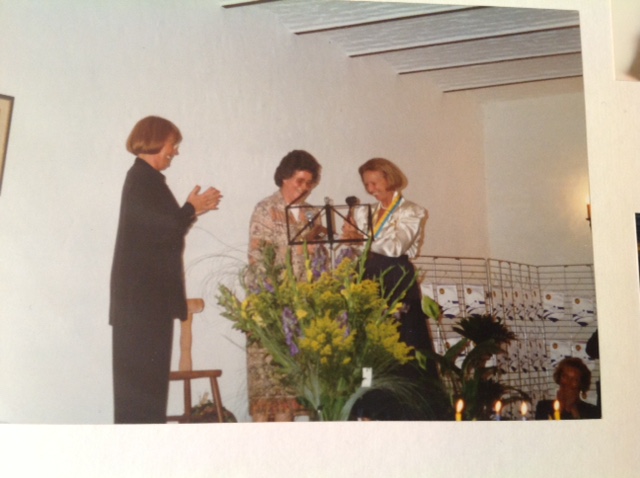 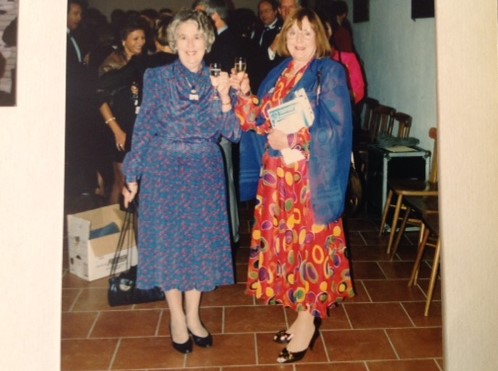 Among those, Queen Elizabeth II and French President François Mitterand officially inaugurated the Channel Tunnel;
the first genetically engineered tomatoes were produced in the USA.

But most important the year of the friendship link between Thames Valley and Val Brabant.   In May 1994 I remember an international Soroptimist meeting in Brussels, near the Grand Place, the restaurant was nice and I heard some Soroptimists speaking English.   My curiosity led me to their table ..and …that was the beginning of a long friendship story.

But at that time Val Brabant did not officially exist yet…
I remember our godmother, Renee De Block, saying it was the first time she saw a friendship link being established by a club still being formed.

Our club was chartered in September 1994 and a delegation of club Thames Valley came to the ceremony : Elizabeth ….., Johanna …. and Pamela ….
Since then, there have always been strong ties between our clubs either by post or physically, either in England or in Belgium.

In this Time of pandemic, meeting each other is actually impossible but we send our best wishes to club Thames Valley…
Christine Braconnier
Club Val-Brabant Waterloo