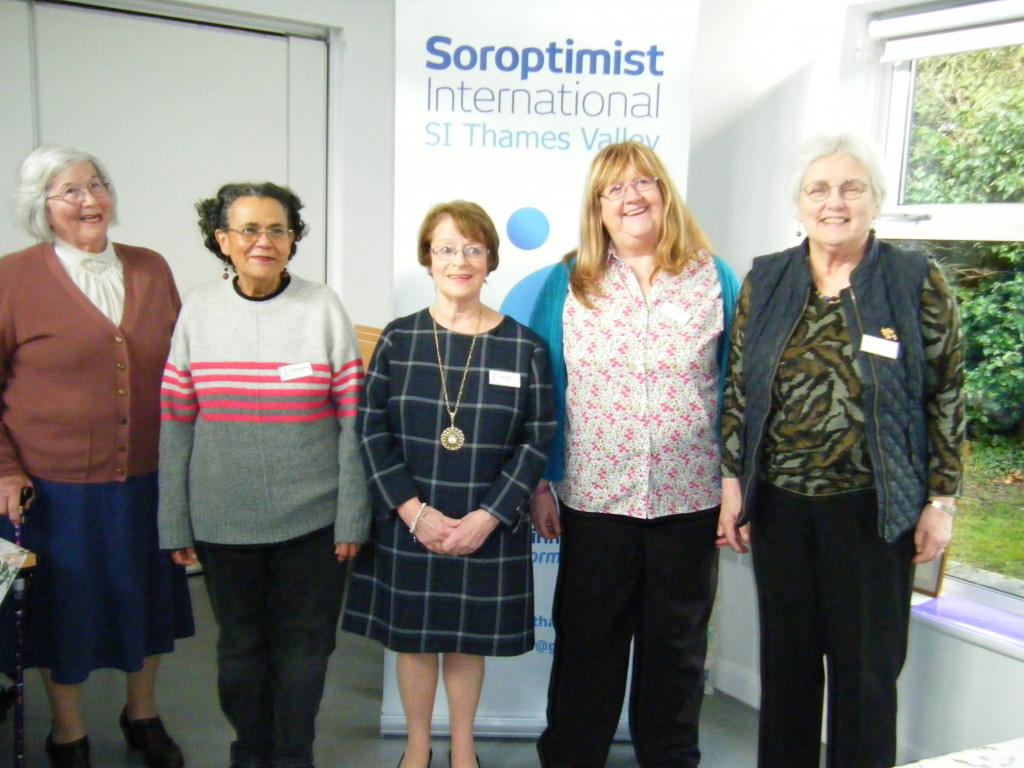 Featured in the photo above are SI Thames Valley’s four new recruits who officially joined the club in a special tea party in February 2022 at Bourne End Library. . Two were completely new to Soroptimism and had been attracted to it by the club’s Kori Project in Sierra Leone. As to the third member, SI Thames Valley offers a welcome back to a former member and a keen Girl Guider with whom SI Thames hopes to organise a Programme Action partnership. The fourth member is a recently retired accountant who already deals expertly with the Kori Project’s accounts. The Club’s hard-working Membership Officer (third from the left) now already has a healthy total of recruits for this year. 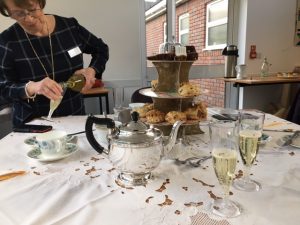 To celebrate we held a very sociable afternoon tea, that was organised by the Membership Officer and the Secretary of the club.