Members from the Torquay & District SI had an early start recently as they were attending the annual Cockington Fayre on Wednesday 3rd August 2011. The fayre held in the grounds of Cockington Court was the venue for many stalls helping to raise funds for Cockington Church, local and national charities.

It was a brilliant day, not a cloud in sight, the fayre with all it’s stalls, live music from High Society, church bells ringing, fresh food available from the BBQ and Thai noodles drew in thousands of people.

The great thing about community events is that they bring people together to have fun and enjoy themselves, while at the same time raising valuable funds to help with our work.

Money raised at this event will be donated to Devon in Sight; a long running charity supporting people in Devon experiencing sight loss, previously known as the Devon County Association for the Blind. The Devon in Sight is a Resource Centre and Charity based at Station House, Topsham. 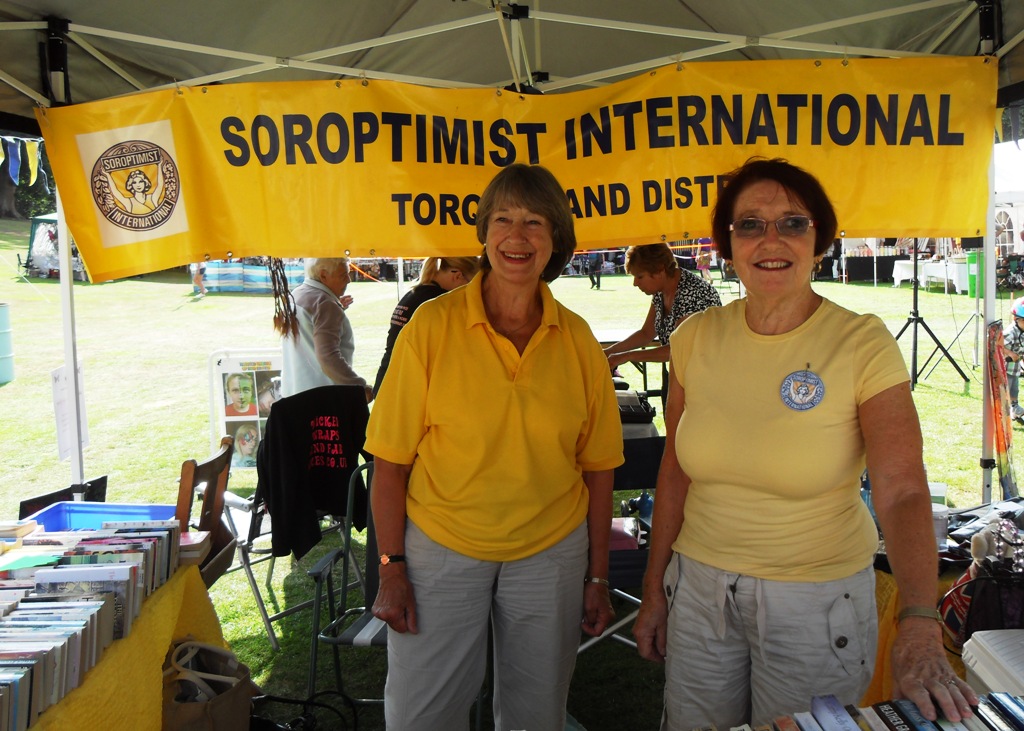 Club Home
Club News
LOVES ME – LOVES ME NOT BOOKMARKS
INTERESTED IN BECOMING A SOROPTIMIST?
Contact Us