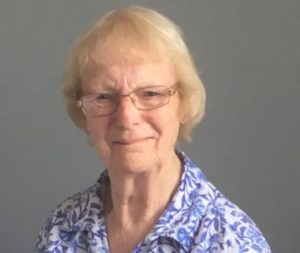 It is with sadness that we mark the life and service of one of our longest-serving members, Joan Spiby, who left us on 11th September 2020, at the age of 85.

Joan was a Club member for more than 32 years, and held every Officer position over the years, including three terms as Club President, and 18 years as Club Secretary. She was a determined and vocal advocate of the mission and activities of Soroptimism and inspired many to join the organisation.

Joan was a keen advocate of community service including being a Local Parish Councillor, as well as championing women’s football – at 18 years old she played in the Dick Kerr team, which was considered to be the best in England in their day.

In her last years, Joan suffered from Parkinson’s Disease. Should you wish to make a donation in Joan’s memory, a Lasting Memories Tribute Fund has been set up on the Parkinson’s UK website which can be accessed via: https://joan-spiby.muchloved.com.