When the 1940s began, the Soroptimist International Association was firmly established worldwide. It had three Federations: America, Europe and Great Britain & Ireland (GB&I). GB&I was created in 1934 and includes Clubs in Commonwealth countries.   Today we have five Federations:  South West Pacific arrived in 1978 and Africa in 2020.

1946 was a milestone :  the Association celebrated its 25th anniversary.   But the chaos and hardships of  World War II brought new challenges.  Many Soroptimist Clubs in Europe had to close.

A new Soroptimist tradition was born in 1948:  the Procession of National Flags marks the start of all  Conventions and Conferences.  Our photo from the Barbados convention in 2008 shows what a colourful and uplifting tradition it has become.

Peacetime – “Working for the world we want’

When peace came, much in the world had changed.  The United Nations (UN) was established in 1948, symbolising a new, global world.  The UN offered Soroptimists new ways to contribute and to support their sisters across the world.  Until then, action was on a much more local scale.  The change of perspective was clear in the slogan of the 1948 conference in Harrogate: ‘Working for the world we want’.

In 1950,  The UN awarded SIA Category C membership of ECOSOC (UN Economic and Social Committee). In 1952, UNESCO (UN education and culture organisation) awarded SIA Consultative Status Category C.  Since then, Soroptimists have been actively contributing to the work of the UN organisations.  There are Soroptimist representatives at UN bodies in New York, Geneva, Rome, Paris, Bangkok and Vienna.  In 1984, the ECOSOC Consultative Status of Soroptimist International was upgraded to Category 1 (General).

In 1939 the ‘British Soroptimist’ magazine expressed how members felt as World War II began to change lives everywhere.  “…in the midst of the bewilderment and distress of these present days…As a band of women whose aim is the furthering of international understanding we must stick together and keep in active working order our Soroptimist organisation, the value of which is greater than ever before.”   After the war, that new international awareness grew.

Clubs devoted themselves to local projects – helping the disabled, those affected by the war and the depression of the thirties, contributing to the war effort – but the global situation was also of great concern.  Links with other Soroptimist Clubs, especially in Europe, kept members well informed of the hardships in other countries.

Towards the end of the decade, cooperation across borders became more organised and targeted with the creation of the UN and Unesco.  For example, Clubs reported that they were sending equipment to schools for blind and deaf children in Korea. Soroptimists in the UK were keen to support the work of UNESCO and the UN Emergency Refugee Fund.

Displaced person and refugees in many countries needed help throughout the 1940s and beyond.  Many Soroptimists sent funds to Abbe Pire, a Belgian priest who founded villages for displaced persons and won the Nobel Peace Prize.   And we have a great example of help for refugees that began here in Woking.

Three Woking schoolteachers – Joyce Pearce, Margaret Dixon and Ruth Hicks -wanted to help children living in displaced persons’ camps in Germany.  So they set up the Ockenden Venture in Woking.  Children began arriving to the house in Woking in 1952. Sadly, people become refugees rather often – Biafran refugees arrived at the Ockenden Venture in the late 1960s for example, and Vietnamese boat people in the 1970s and 80s.  The charity grew and grew until it was giving refugees help in many other countries as well as in Britain.

SI Woking and District supported the Ockenden Venture for several years. Our long-standing members, Audrey and Jennie (who was taught by one of the Ockenden founders) remember collecting sheets and blankets when a group of refugees suddenly arrived.  In addition to giving useful items, the Club also raised funds for the Ockenden Venture. It was the special charity chosen by 1988-9 President Marlie Roes and there was an Afternoon Tea in 2006.

A national registry of jobs held by women was compiled by the British Soroptimist magazine in 1942.  It showed that women were now employed in a greater variety of jobs.  But women were far from being treated equally.  During the decade for example, British Soroptimists protested against a Parliamentary Bill because it would not give women the same compensation as men for civilian war injuries.

The end of the 1940s signalled a new era after the war.  The newly-founded United Nations boosted the status of women all over the world  when the member countries adopted the Universal Charter of Human Rights in Paris in 1948.

The 1948 Charter of Human Rights  explicitly included references to women.

Bertha Lutz (n 1924 in this Wikiwand photo) represented Brazil at the UN conference in 1947.  Always a defender of women’s rights , she made sure that women were not forgotten when the Charter of Universal Rights was written.   She was, in fact, an outstanding woman in every respect.    Born in 1894, she pioneered as a scientist, a politician and a diplomat.

And not only that, she pioneered as a Soroptimist!   For the first Soroptimist Club in Brazil owes its existence to Bertha Luz.  The Rio de Janeiro Club received its charter in 1947.   More about Bertha Lutz here.

Violence against Women and Girls

Our Federation, Sigbi has issued a statement in response to the recent reports of violence against women and the everyday harassment that women and girls face. Read the Sigbi statement here.

Could 2021 be a turning point for women with endometriosis?  A new drug is being tested, read the BBC News report about it here

A delightful talk from Sarah Dickinson, chair of Surrey Gardens Trust at our ‘Dinner Not Dinner’ meeting.   We learned so much about the important work the charity does.   It documents and makes available to the public a host of information.   Surrey Gardens Trust focuses on  historic gardens and landscapes of national and local interest. in our county   Now we have a new ‘to do’ list: visit as many of them as possible!

Top of the list: Hatchlands Park, where you can follow the Repton Trail, specially produced by Surrey Gardens Trust. 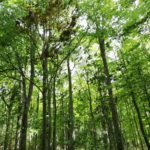