And 2010, the Federation of Great Britain & Ireland (Sigbi) adopted a new logo, symbolising its entry into the new millennium with renewed dynamism. 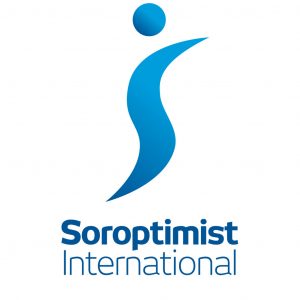 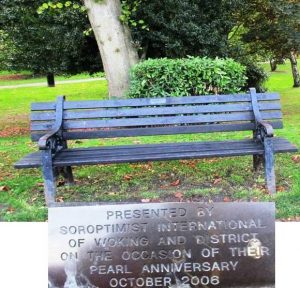 Women and girls will achieve their individual and collective potential, realise aspirations and have an equal voice in creating strong, peaceful communities worldwide.

Soroptimists transform the lives and status of women and girls through education, empowerment and enabling opportunities.

During 2004-2006, Woking Soroptimists raised funds for the Tondashun School in Tibet, and helped to support a Tibetan girl student financially.

in 2007, Soroptimist International initiated Project Sierra: A Family and a Future. This was a four-year project to help disadvantaged women and children in Sierra Leone, in partnership with the international charity Hope and Homes for Children. At that time, Sierra Leone was facing the challenge of reconstructing physical and social infrastructures after a decade of war.

In 2009, President Anne Ansell launched a Festival of Health and Well-Being, repeated in 2011.

Peter Singer (in an article for Project Syndicate, 14 April 2008) https://www.project-syndicate.org/commentary/is-there-moral-progress  mentioned recent polls by WorldPublicOpinion.org. that shed some indirect light on the extent to which racism and sexism have been reduced since the adoption of the Universal Declaration of Human Rights 1948).  The polls were conducted in 16 countries, representing 58% of the world’s population: Azerbaijan, China, Egypt, France, Great Britain, India, Indonesia, Iran, Mexico, Nigeria, the Palestinian Territories, Russia, South Korea, Turkey, Ukraine and the United States.  A significant number of respondents agrees that women have made progress towards equality and support equal rights for women.  The number is significantly higher than at the end of the 1930s when equal rights for women (including working outside the home or living independently) was still a radical idea in many countries.

During the decade, there were more ‘firsts for women’.  In 2011, our member, Anne Ansell, was made Honorary Freeman of the Borough, the first woman in Woking to do so.

Information from Woking Environment Action: The programme of events for Woking Great Big Green Week from 18th-26th September is available on our website now. The Great Big Green Week is a nationwide event leading up to the COP26 (UN Climate Change Conference) in Glasgow from the 31st October to 12th November 2021. Events include an online climate debate with Jonathan Lord MP for Woking. The debate takes place on Friday 24th of September at 3pm. Please register on http://www.eventbrite.co.uk.

Information is available via https://wokingenvironmentaction.com/great-big-green-week.

Thanks to our sister Club, SI Durham, we  can pass on this useful information about stalking from Durham Constabulary