The Conference Committee is planning an great line-up of inspiring speakers for Bournemouth, amongst whom are: 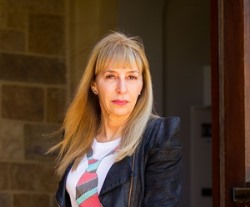 Susan Greenfield is a research scientist, author and broadcaster based in Oxford. She has held research fellowships in the Department of Physiology Oxford, the College de France Paris, and NYU Medical Center New York. She has since been awarded 32 Honorary Degrees from British and foreign universities.

In 2000 she was elected to an Honorary Fellowship of the Royal College of Physicians. Further international recognition of her work has included the ‘Golden Plate Award’ (2003) from the Academy of Achievement, Washington, the L’Ordre National de la Légion d’Honneur (2003), from the French Government, and the 2010 Australian Medical Research Society Medal.

She has held a Visiting Professorship at the Medical School, University of Melbourne, Australia and is currently CEO of a biotech company (www.neuro-bio.com) that she founded in 2013. 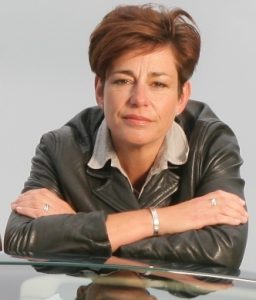 Often known for her passion for motor sport, Penny has always been a “people person.”  Her personal story is both unusual and inspiring. Penny shares the ups and downs of turning her life from ‘homeless waster’ to ‘Rally Champion’, inspiring audiences to achieve greater things for themselves. She achieved her lifelong dream, despite being told she was the ‘wrong sex’ and ‘too old’.

Her story starts when she left home, aged 14, never to return. She went to London, looking for a better life, but spent nearly 2 years in hostels for the homeless. Her life was completely out of control. But she realised that only she could change it. In time, she worked her way to becoming a sound engineer and a graphic artist. A chance event gave her an opportunity and, against the odds, Penny became the first woman in the World to compete in a World Rally Car.

Twenty-five years ago, she trained in social work and she works in a Category B prison delivering a restorative justice course. The impact of the course has reduced the chance of offenders re-offending from 76% down to 34%.

Penny has spoken all over the world, delivering presentations include The Psychology of Success and World Class Thinking: World Class Behaviour. She is often asked to share her tips on teamwork, goal setting, focus, leadership and how to achieve extraordinary results. Penny has entered the boxing ring for two fights, one opponent being TV chef Monica Galett i(!) She has completed 4 marathons and a Triathlon. She learnt to play polo and completed a successful ascent in 2008 of the tough North face of Europe’s highest mountain, Mount Elbrus, and summited Mount Kilimanjaro. Her self-development book Take Control of Your Life received outstanding reviews, including from Brian Ashton MBE (England’s Rugby Head Coach), and reached the #2 ranking in two Amazon categories.

She says “I love the buzz and physical challenge of running, riding and boxing. But to find real balance in life, it is essential to achieve moments of stillness and mindfulness. I believe that balance is the key to unlocking pure, true potential”. 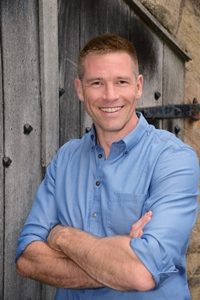 An unconventional athlete, a relentlessly curious coach and a wellbeing mentor, George’s helpful philosophy is ‘Progress not Perfection.”

Many claim that George and his work is instrumental in positively impacting their mental health. George Anderson embraces his own vulnerability and imperfections, using experiences of failure and self-limitation as steps on the way to success. Listening to George is not “hearing a speech”. It is more an invitation to accompany him on a journey, for your benefit.

George graduated with a Masters Degree in Automotive Engineering, but knew he didn’t want to pursue that career. His true passion was wellbeing and fitness, and he became a personal trainer. As his work was appreciated by runners of all abilities, from beginners to seasoned competitors, he was invited as the training partner of the Reading Half Marathon.

A failed attempt at an eCommerce business brought an unexpected benefit: George now had a significant on-line following, so he offered his training workshops to them.

Next, he wrote the book Beginner’s Luck Guide for Non-Runners.  Identifying the most common pitfalls and problems, he systematically (and gently) helped them to overcome these. The book is a course in self-belief: thousands of people rewrite their stories of personal success, having previously told themselves that they weren’t capable of achieving their aims.

Although he has successfully completed 10 marathons in 10 days, two 24-hour, 100-mile ultra-marathons, an Ironman Triathlon and a local charity version of Strictly Come Dancing (not his obvious comfort zone!) George has also had failures. He’s human, after all.

George has a Facebook group with over 5,000 members: it began as a personal challenge to provide an environment where his followers can share their own experiences and successes. But his commitment has created one of the most supportive, judgement-free and empathetic communities on the Internet

To ease you into the day, George’s presentation at this year’s SIGBI Conference will include some gentle exercises which you can do whilst seated or standing, if you wish to do so. 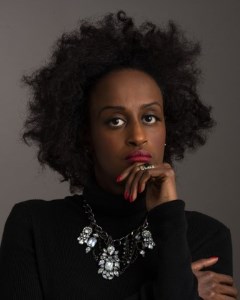 Dr Leyla Hussein is a psychotherapist specialising in supporting survivors of sexual abuse. She is an international lecturer on female genital mutilation (FGM) and speaker on Gender Rights. She is recognised globally as one of the key experts on this issue and her work has been presented at Oxford, Cambridge, UCL, Leeds, Exeter, Coventry University, International School of Geneva and many Ivy League faculties in the USA Including Columbia, Harvard, Georgetown, George Washington and Pennsylvania University. Leyla was recently awarded an Honorary Doctorate and is a guest lecturer at West London University.

Leyla founded The Dahlia Project, the UK’s first specialist therapeutic service for FGM survivors and co-founded anti-FGM charity Daughters of Eve. She created the ground-breaking Face of Defiance project which is a series of photographic portraits and interviews with FGM survivors. Currently she is a Strategic Advisor and Global Ambassador for The Girl Generation Movement, working to end FGM Globally. The documentary she presented, “The Cruel Cut”, was nominated for a Bafta. Leyla was named Cosmopolitan Campaigner of the Year 2010 and was included in the BBC 100 Women List in 2013, Woman’s Hour Power List 2014 and Debretts 500 as one of the UK’s most influential people. She was awarded the Freedom Borough Award from Walthamstow Borough Council in April 2018.

Soroptimists are delighted to congratulate Leyla on receiving an OBE in the Queen’s 2019 Birthday Honours list for her tireless work in campaigning against FGM.

Fifteen-year-old Katy lives in Bournemouth. She will be speaking about her struggle with anxiety and social phobia, which began when she was very young, and was exacerbated by the move to Secondary School. Katy is being supported by the NHS mental health services that are provided for adolescents (CAMHS), through which she is learning coping mechanisms. Last year, Katy had the opportunity to travel with Toilet Twinning to meet a 14-year-old girl who lives in rural Zambia. Katy discovered that the lack of toilets at the homes of families can create anxiety and dignity issues for girls, who are fearful of being discovered as they crouch in the bush to go to the toilet. Girls who live in poor communities without toilets also fear being attacked, or bitten by snakes, or social exclusion. Katy will talk about how travelling to Zambia has been a significant part of her journey with mental health.