In May 1920 the first service club in the world for women was founded in Bristol following an initiative of the Rotary Club of Bristol. The Bristol Club’s dress insignia shows the original emblem incorporating the “V” for Venture (as shown at the top right of this page). This Venture Club was followed by five others in England. 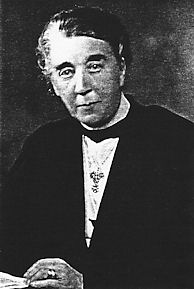 In 1921 a classification club for women was founded by Stuart Morrow, a professional organiser of men’s service clubs in Oakland, California following his visit to a secretarial

college where, to his surprise he found a woman at its head. She suggested that instead of concentrating on clubs for men he should consider inaugurating some for women.

In 1930 the two organisations with same ideals amalgamated formally and took the name Soroptimist (loosely translated as “the best of sisters”) together with the Venture Club motto of Looking Further.

From then to the present day the club has responded to needs world wide in times of  flood, famine and war and promoted the role of women, demonstrating that they can and do make a difference.

Club members have served Soroptimism as Officers at Region, Federation and International levels.

In the year 2010 many friends joined us in celebrating our 90th birthday at a service in the Lord Mayor’s Chapel with a celebratory tea afterwards in the same hotel where it all started. Later in the year there was a friendship weekend with a special dinner.

We are proud that the Club’s records are held in the Bristol City Archives.

The Bristol Club’s Gift to Our Federation

Pendant now worn by the Immediate Past President of SIGBI

The first President of the Bristol Venture Club was Miss Addison Phillips who gave outstanding service both to the Venture Clubs and then to Soroptimism.
When she was President again in 1932 she was given a  pendant bearing the initials V and S surrounded by Soroptimist spelled out in jewels – sapphire, opal, ruby, onyx, pearl, tourmaline, iolite, moonstone and topaz.
She gave this back to the Club which, in turn, gave it to the Federation where it is the insignia worn by the Immediate Past President.

You must complete all fields to send a message...