The Infusion Physical Theatre invited us to a share their new work-in-progress.
Infusion is crafting a thought-provoking new show, looking into the modern day problem of human trafficking for sexual exploitation, to challenge thoughts and attitudes of the male sex-ego, to bring humanity and dignity to the victims on the street and on the other side of the webcam. Through dance, physical theatre, innovative lighting, and original music Infusion is crafting a 3D experience for all viewers examining what happens when the attitudes of capitalism and desire meet poverty and desperation. But can these attitudes change? And how can we get there? 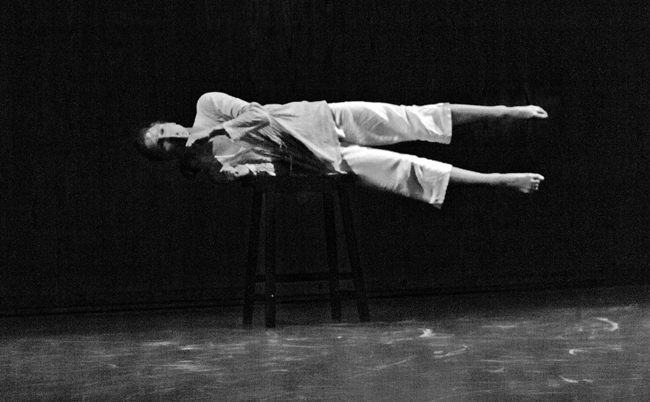 The group gave their performance to the invited audience – representatives from schools, colleges, Cambridge Council and others (SI was mentioned) – as work in progress. Infusion Theatre sought feedback about the content as well as the actual performance, and how they should take it forward.

The performance itself was modern dance/physical theatre with music composed especially for the piece. Apparently, it was only recently conceived and the dancers had been rehearsing madly all week, right up to just before the performance itself. It was visually stimulating, at times explicit and shocking, showing different perspectives on human trafficking and sexual exploitation. The ‘story’ was told backwards in three scenes, which most of the audience did find confusing (this was fed back) and some aspects or events were less obvious, meaning some of the points were missed or misunderstood.

Comments and feedback from the audience also queried Infusion Theatre leader Dan Cossette on what their overall objectives were in putting together the piece (e.g. informing or educating the public?); who other than sixth-formers their intended audience is; and how they intended to take this into schools or disseminate more widely.

I’m glad we went. I came away better informed about human trafficking, and was also able to give some constructive feedback to Infusion Theatre.