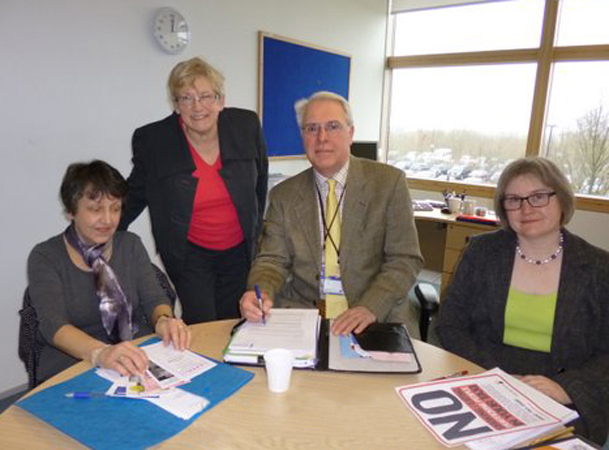 Cambridge Soroptimists have been told by the county’s Deputy Police and Crime Commissioner, Brian Ashton that responding to domestic abuse remains high on the policing agenda. He, and the Chief Executive of the Commissioner’s Office, Dorothy Gregson, explained that the use of new technology to share information among officers attending incidents of domestic violence is being developed.

Other issues discussed included Human Trafficking and Femail Genital Mutilation. Dorothy Gregson most helpfully pointed us in the direction of several agencies to pursue our campaigns” said Janet.