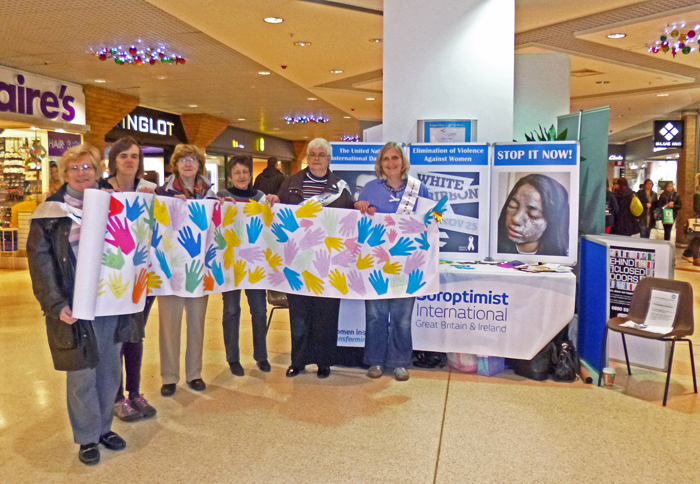 Cambridge Soroptimists have put the finishing touches to a 25 feet long banner of paper hands supporting the elimination of violence against women. The final signatures and messages were collected from shoppers at the Grafton Centre in Cambridge during a day-long event.

The United Nations has designated 25 November as White Ribbon Day to rid the world of violence against women. Domestic abuse affects one in three women in the UK and two women a week are killed by their partners or former partners.  In parts of the world violence and rape are used as weapons of war.

The “Violence Against Women – Stop it Now” banner was created with outstretched paper palms pasted on to a long sheet of paper. Hundreds of members of the public in Cambridge have contributed to it.