5 Members met at Bishop Auckland Town Hall and attended 4 fascinating and inspiring talks from 4 incredible women who each had a story to tell of their journey through life.

Celebrate and be inspired as four successful women take the stage in our theatre to discuss and inspire with their individual stories.

Speakers include the first female Lord Lieutenant of County Durham since 2013, Mrs Sue Snowdon. Sue was a primary school teacher in Chilton and Ferryhill she later served as a magistrate in County Durham and Darlington for 23 Years and devoted much of her life to supporting and fundraising for charities.

She will be joined on the panel by one of the women featured in the First Women UK exhibition, Jane Atkinson CBE, who began her career in 1990 with British Steel. Jane was recognised in the 2020 Queens Birthday honours with a CBE for her services to Chemical Engineering. She was also identified as the UK’s No. 1 Most Influential Woman in Engineering in 2019 by the Financial Times and Inspirational Boards. She won the CBI’s First Woman Award and has also won the prestigious Stephenson’s Award for inspiring young people in science and engineering.  Jane is an active Trustee and Chair of the UK Board of the Institution of Chemical Engineers, a Fellow of the Royal Academy of Engineering and until very recently an Advisory Board Member for the National Science Museum in London.

Alongside them will be Donna Murray who was born in Glasgow and grew up in an environment of domestic and sexual violence, during a period of sleeping rough, aged 18 she enlisted to join Queen Alexandra’s Royal Army Nursing Corps (QARANC). Since leaving the military Donna has worked incredibly hard despite many challenges and is now a Psychological Therapist and Trainer, and the founder and CEO of Shifting Our Minds, winning awards for working with Veterans and the LGBT community in County Durham and across the region. 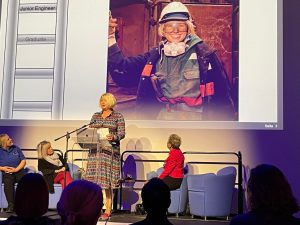 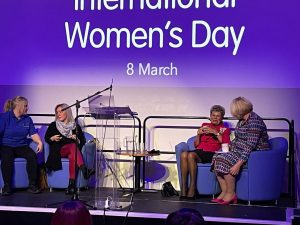 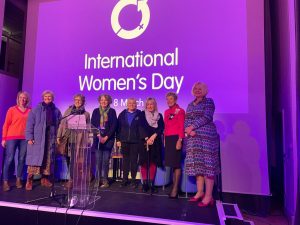 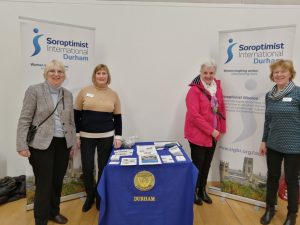 After the talk we went onto see:

First Women comprises a unique collection of 100 portraits capturing women in the UK who were “first” in their field of achievement. The portraits by photographer Anita Corbin provide inspiration and insight for a new generation of women seeking an understanding of their own roles in a rapidly changing world in which equality is still an issue.

First Women, The Collection, is about women’s achievements, and one woman’s exploration through the camera lens that endeavours to answer the question: How will women be remembered over the past 100 years? What have they achieved in the fields of sport, science, politics, the arts and education? And who were these remarkable “first” women, what did they look like?

Meetup for Tea and Coffee

Next meetup Monday 21st March at 2pm at Raby Castle