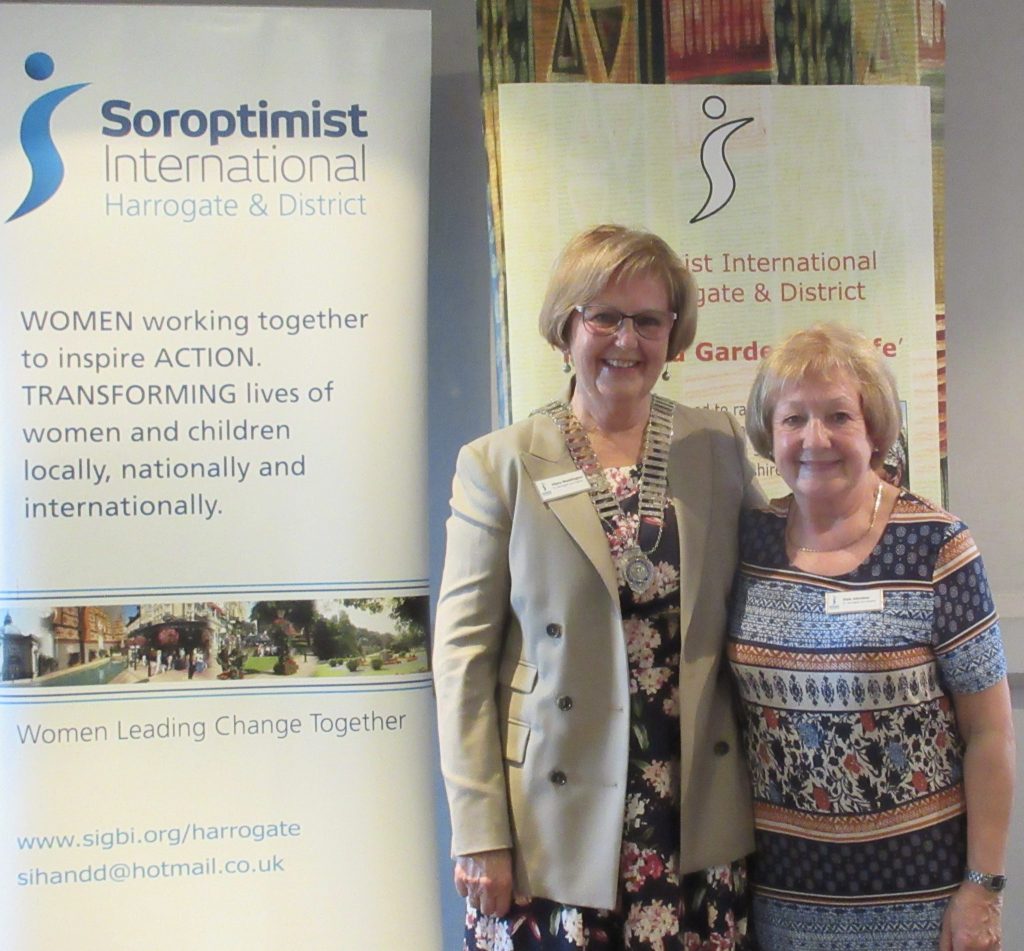 Soroptimist International of Harrogate and District held our Annual General Meeting at the White Hart Hotel, Harrogate on the 18th April. We were delighted to welcome Soroptimist Internantional of Yorkshire Region President Chris Clark. Outgoing President Nicola Harding thanked Club members for all their support throughout the year and was pleased to announce that the Club had raised £2000 to help purchase a commercial dishwasher for the Renal Unit at Harrogate District hospital as well as raising £1250 for the Alzheimer’s Society and increasing the member’s  knowledge about dementia with some  becoming Dementia Friends. The Club has also achieved its target of raising £3000 for the Meru Women’s Garden Project in Kenya. Nicola then passed the President’s chain of office on to Hilary Waddington and Elsie Johnston who will be sharing the role this year.
The Club were also delighted to celebrate the long service awards of four of its members with a total of 150 yrs service between them. Yorkshire President Chris presented certificates to Mary Broussine (50yrs), Denyse Hyatt (40 yrs) and Rachel Richardson and Pam Johnson who both have given 30 yrs service. A fantastic achievement of women making a difference to the lives of others. Soroptimist International is a worldwide women’s voluntary organisation whose objectives are to improve the lives of women and girls. Contact us via  sihandd@hotmail.co.uk, sigbi.org/harrogate @soroptimist80 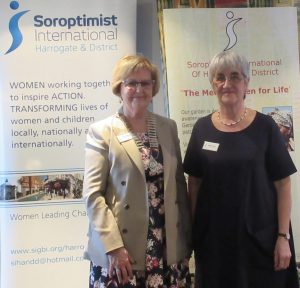 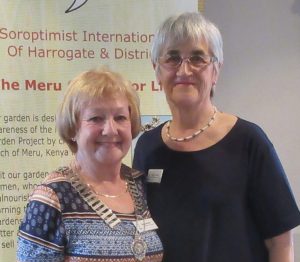