On the Friday afternoon, 29 October 2021,  there will be a new feature at Conference – our ‘Soroptimists in Action’ panel of speakers – all of whom are members, either active or representing SIGBI, on other organisations.  Each panellist will speak for a few minutes about the work that they do and you will then have an opportunity to question them.

The Panel will be chaired by Dr Liz Dominey, Chair of the UK Programme Action Committee (UKPAC). 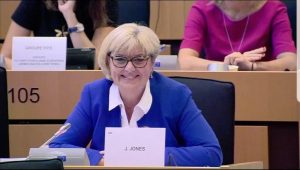 Jackie Jones is a Former President of Cardiff and District Soroptimists, a Former Member of the European Parliament and Former Professor of Feminist Legal Studies. She has over 20-years’ experience of volunteering in human rights NGOs in Wales and Europe. She been involved in human rights focussing on the human rights and dignity of women, speaking to national governments, EU institutions (like the European Institute for Gender Equality, European Commission, Fundamental Rights Agency) and at the United Nations. She has organised and been on dozens of parallel events at the UN in Geneva, Vienna and NY. As Professor of Law Jackie wrote many articles, reports and books on women’s rights, including on human trafficking and modern day slavery. As Member of the European Parliament Jackie sat on the Women’s Rights and Equality Committee where she advocated for positive changes for women’s rights. 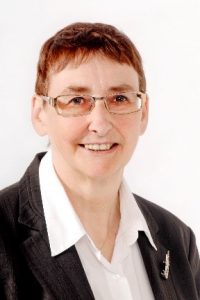 She is currently an Adviser to the SI Board and SI Advocacy Committee on the wide range of statements needed for our international work presenting a global voice for women.

She has a keen interest in the empowerment of Civil Society nationally and internationally especially at the United Nations giving voice to the many campaigns which volunteers are engaged in. Pat has attended a range of events and meetings at the United Nations including the UN Commission on the Status of Women, working with Soroptimist International and the UK NGO CSW Alliance alongside the UK Government on the text of Agreed Conclusions each year, partnering with a wide range of other international and national organisations.  She has contributed to UK shadow reports on CEDAW and reviews of the Beijing Declaration and Platform for Action helping to monitor the actions of Governments.

Pat has been Vice Chair of the UK CSW Alliance for a number of years which is one of the ‘branches’ of the work of NAWO. Most recently she served as Chair of NAWO, the National Alliance of Women’s Organisations, which is a group of likeminded organisations and institutions working to make gender equality a reality. In these roles she has worked with many others across the UK to support the advancement of women and girls and lobby for changes in policy and legislation. 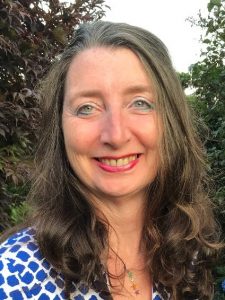 Kim Ann is President of SI Cardiff & District Club and Assistant Programme Director – Peace and is passionate to help improve the lives of women and girls wherever possible.

Kim Ann has had a career in the civil service for over 36 years and is very proud to be a public servant. Kim Ann has had experience of domestic abuse and child protection work and is the Strategic Objectives

Kim Ann has worked internationally and was delighted to have been a contributor to the Palgrave International Handbook of Human Trafficking. 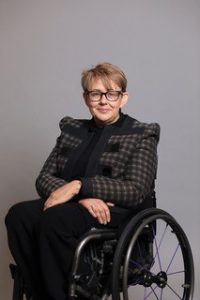 In 2005 she became ‘Dame’ Tanni Grey-Thompson for her services to sport and in March 2010, Tanni was created a life peer and was conferred as Baroness Grey-Thompson, of Eaglescliffe in the County of Durham.

Dame Tanni is Chancellor of Northumbria University, Chair of Trustees of the Duke of Edinburgh’s Award Scheme, President of the National Council for Voluntary Organisations and most recently became President of the Local Government Association.

In addition to all of the above Dame Tanni is a member of SI Middlesbrough!

Dame Tanni has recently contributed to the debate on the Domestic Abuse Bill, speaking to a debate on the amendments to the Bill in the House of Lords and it is about this that we have invited her to be one of our Panel members. 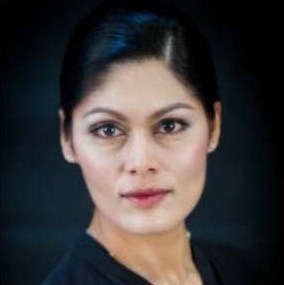 Jonaki joined SI Greater London (SIGL) when she moved back to London in 2018 and is currently serving as Programme Action Officer (2021). Along with SIGL Club Secretary (Molly Byrne), Jonaki represents SIGBI at the Centenary Action Group (CAG) platform. In her capacity as Programme Action officer, she attends CAG working project committees and relays project information/lobby campaigns to SI through SIGL, SI London Collective and UKPAC. 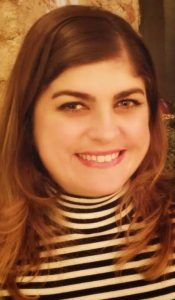 Molly is originally from the United States and has been a Soroptimist since 2013. She has been a member of SI Greater London (SIGL) since 2017 and is currently Club Secretary. Prior to this, she was a member of SI Manchester, where she served as President in 2016.

Along with Jonaki Ahteck of SIGL, Molly represents SIGBI in the Centenary Action Group (CAG). CAG was established by Helen Pankhurst in 2018 to take action over the next ten years to ensure equal representation by 2028. It is a cross-party coalition of 100 organisations and activists with a mission to eradicate the barriers that prevent women from all backgrounds from taking part in politics by enabling collaboration, joint action and campaigning to improve women’s political participation in the UK.