16 Days of Activism Against Gender Based Violence 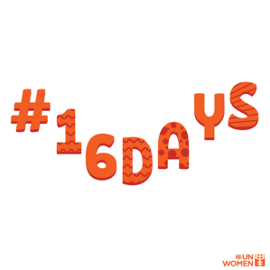 This is the second year we have done a big awareness raising campaign, and this year we worked with our local women’s refuge and support services Cheshire Without Abuse – a charity working in the Cheshire East area. It supports women, men and children whose lives have been affected by domestic abuse. We joined with women across the world to support this United Nations campaign to eliminate violence against women which is run annually from White ribbon Day November 25th and lasting 16 days to December 10th, which is Human Rights Day. This is also part of the #He4She campaign– We believe that men are part of the solution to tackle gender-based violence, so we asked local men who live in our community to act as allies and messengers to promote the campaign to create a gender equal world. Having local men stand up to say NO gives a powerful message to everyone that men need to be involved. We posted at least one photo a day throughout the campaign to build up a picture of support and encourage other men to say NO too. We also wrote some blogs to support the campaign that you can read here

Should I stay or should I go? By Alice Smith 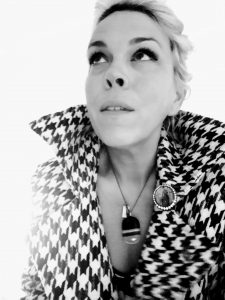 ‘Alice why did you stay? You are English, You are well educated. Why did you stay?’ This was the sort of question I was asked at the Women’s Economic Forum in Delhi from educated women around the world. I am going to be honest and say that this question got me drinking more whiskey. Because back then, I drank to blot out my feelings of shame about being a survivor of domestic abuse. Have you ever asked anyone this question? Have you ever asked yourself?

I think we are trained to stay. I mean, there are whole religions that tell women to stay and refuges all over the world full of women in hiding because they broke the rules.These rules were made by men to retain their rights to dominate women. Financially, sexually and physically.

Why did you stay? is not just a personal question, it’s a political one.

It takes a great deal of courage to say no when acid could be thrown in your face by cowardly men. It takes courage to leave when you will also be losing your whole family, sometimes your children and your name. Your identity.

Most survivors – including myself – live with a pen name. This change reflects that we lost our own life but choosing our own name is healing. It gave me back a bit of control when I had lived with none. I think trans women understand this too. The new name has a loss within it but all loss also contains transformation.

Why did you stay Alice?

Before i answer,  I have to get past the shame. I want you to know this about shame. Shame puts survivors back under the duvet. It disables them. It used to disable me.

The 361 recovery programme I have developed leads to facing the mirror. Asking ourselves why we stayed. Wriggling a little. Facing the mirror and speaking out our answer. This is where recovery gets uncomfortable. But it’s also a release from that circle of dating horrible men and focusing on them. Now we are focusing on our choices. I call this owning your ugly – admitting why you stayed without blame. Forgiving yourself. Releasing yourself from that addictive circle, post trauma. By doing this, I was able to stop drinking to numb the shame. Because once I admitted my ugly, I no longer felt ashamed.

Why did you stay Alice?

I lost it all when I left. I feel lighter now.

The 361 recovery programme can help you lose the shame.

Why did you leave?

Why did you leave? Can you pin down the reasons? Not really. They are like birds. Those reasons fly away – like you did.

If we look back (and the 361 recovery programme helps us to do this) we can see the signs. We may well think that there was a final straw. A comment that just went too far. A betrayal. An empty fridge or an empty bank balance. In some ways, yes that final thing did push us to leave. But the answers lie further back in our story. There are stages of leaving.

Why is it so important that we look back? Shouldn’t we just get on with it? Move on? This is a bit like being involved in a crash then dragging our bleeding leg around at parties and being surprised when people either move away (‘Baggage! Run!) or jump on (Prey!) If we go for the quick fix (jumping into a new relationship without grieving it) we will find ourselves in the same place in between 2 and 5 years’ time. That’s why it is worth pausing and getting help with that leg.

The 361 recovery programme has been designed with this question in mind.

Why did you leave Alice?

It’s very easy to blame the other person. I did. If this other person is a Beast, then we are Beauty. We can get sympathy as a victim from friends. We can hook up with other victims and trade stories about ex’s. It’s a circle of behaviour I was in. Believe me, it works. Ultimately though it begins to drain us. And our conversation is always focused on them. What they did. And why we think they did it. Looking back, I have noticed that this is all I used to talk about. The focus was not on me for a reason. I didn’t want to face my part in all of this.

I had a supporting role in my own life. The abusers were the stars.

Why did you leave?

The more I think about it, the more I am convinced that this is the question we need to ask ourselves. Within the answer is the key to our recovery. The seeds. Why do we make such big changes in one small moment and then live with them for the rest of our lives? I can vividly remember telling my dangerous husband I was leaving. I felt chilled. I felt like I was watching someone else speak. There was a curious film like quality to it (as there is to all of our Big moments.) And what I most feared came true. Years of losing it all. To gain my freedom.

Why did I leave? This question haunted me at first. I had money, a huge house, high social status in a rich area and a top job at a private school. It’s only now – 5 years on – that I can begin to put it into words. Why?

As soroptimists, our Club’s vision is to help ‘Women and girls achieve their individual and collective potential, realise aspirations and have an equal voice in creating strong, peaceful communities worldwide.’  But we are reminded virtually daily, through reports in the media, that for many many women, it is the men in their lives who use domestic violence to control them and to put barriers in their way to prevent them from achieving this potential, from realising those aspirations and from having that equal voice. The statistics are grim and there appears to be very little progress towards allowing women to live lives free from abuse and violence.

Domestic violence overshadows every aspect of the lives of the women affected. Their health and mental well-being, their parenting, their economic status, their educational achievement and the contribution they are able to make to their communities. If one woman suffers, we all suffer. For many people, receiving a jail sentence would be the worst thing that ever happened to them. But when you’ve been experiencing domestic abuse – as most female prisoners have – you may experience the time in prison as an escape from your abusive partner. The Prison Reform Trust estimates that 57% of female prisons are survivors of domestic abuse. This abuse of course may have taken many different forms. Physical battering is the one we most often associate with domestic abuse. The woman who wears sunglasses on a cloudy day in winter may well hide a black eye or the pensioner who shows up in A&E with a broken arm from having ‘run into a door’. While on television, there are now finally plots involving women who suffer domestic abuse and showing the devastating impact this is having, and even the Archers ran a much reported very powerful coercive control storyline with their ‘Helen and Rob’ story which unfolded over a number of months in 2018.   Despite this, it is a very sad and scary fact which comes up time and time again in many of these reports is how isolating domestic abuse is and how the systematic withdrawal of a woman from her familial and social support networks is a defining factor of so many cases, leaving the women at the heart of these cases feeling desperately alone and unsure where to turn where they will not be judged. The first reaction of many of us – when confronted with evidence of domestic abuse involving somebody we know – will be to wonder why they don’t simply turn and ‘walk away’. By expecting the woman to have the strength to break away from her situation which may tie her in with for us invisible chains is essentially to victim-blame her when instead our first response should always be to expect the abuser to be challenged, stopped, and punished. Instead, we often show frustration or dismay with the women when they time and time again return home after a stint in A&E, withdraw their statement to the police or don’t open the door to the social worker. For those of us who have not found ourselves in abusive relationships, it is unimaginable not to walk away when the first blow falls. But the reality is very different and sadly, for all too many women this is a weekly or often daily occurrence and feel normal, it may even be a repeat of patterns they have experienced or observed all their lives, gradually coming to expect nothing better for themselves, and – worst of all – maybe even feeling they do not deserve better.

Over the years there have been so many cases, some involving celebrities, some involving very young women, and with all too many ending with the death of the victim which we will have read about in the papers in gruesome detail. Almost one in three women aged 16-59 will experience domestic abuse in her lifetime (Office for National Statistics (2019) Domestic abuse in England and Wales overview: November 2019) and even more shockingly, two women a week are killed by a current or former partner in England and Wales alone (Office for National Statistics (2019) Homicide in England and Wales: year ending March 2018 (average taken over 10 years).

We will probably all have been touched by particular cases which breaks through the relentless stream of daily news stories to touch a nerve with us. And for many of us, one of those cases was the case of Sally Challen, the wife and mother who in 2011 was convicted for the murder of her abusive husband Richard but eventually won her appeal this summer on the grounds of having endured more than 30 years of Richard’s extreme form of coercive control. The details which emerged of the years of demeaning, humiliating and undermining control he exercised were truly shocking. Next week[1], there will be a BBC documentary about this landmark case which will hopefully in many homes and in many soroptimist clubs challenge us to ask what more we can do to support women in our midst who endure sometimes decades of abuse without anybody stepping in, and what we can do to empower them to achieve their potential, realise their aspirations and feel that they have a voice.