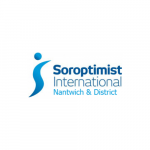 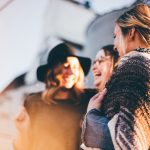 What is Cervical Screening Awareness Week?

is an annual event which running from 15th to 21st June 2020. The week aims to once again highlight the importance of regular cervical screening for women’s health. Cervical cancer remains the most common form of cancer in women under 35, with two women in the UK day dying from the disease every day.

What’s been the impact of lockdown on cervical screening?

It has been confirmed in recent weeks that all types of cancer screening has taken a nose dive during Corona lockdown, leaving the NHS with a backlog of missed appointments and resulting in likely delays in the detection of cancers. However, this makes it more important than ever that women are encouraged to be proactive in seeking and responding to invites for cervical screening.

Why is it important?

Over recent years, there has been some debate about the reliability of the screening methods used and a number of scare stories about false results may have dented the confidence that women have in the methods used. Other women may be naturally hesitant to undertake the screening or worry about the outcome from the tests. But it’s important to remember that cervical cancer is easy to detect, with good treatment options available and excellent prospect for successful outcome if the cancer can be detected early enough.

Take up is still too low….deaths can be prevented if more women were screened

Like many, I remember vividly the story of Jade Goody and her battle with cancer just over ten years ago. Jade, a young woman made famous by her appearances in Big Brother and Celebrity Big Brother, a vivacious and larger than life character had only just over six months to come to terms with her cervical cancer diagnosis. Unfortunately, in her case, the cancer was particularly aggressive and detected too late. Jade documented her life with cancer very publicly in a documentary series in which she reflected movingly on her attitude to cancer and to the screening opportunities which had been available. Jade admitted that due to her age, she had probably been dismissive of the prospect of developing cancer. Sadly, she lost her short battle with cervical cancer and died at the age of only 27, leaving behind her partner and two young children.

Following her death, many women who had avoided their smears rushed to have them, with many more seeking support and wanting more information about cervical cancer. Many of whom had been completely unaware of what the disease is or that it can often be prevented. There was an extraordinary rise in women attending cervical screening with an extra 400,000 booking their test across the UK. As a result many cancers were prevented as well as cancers detected at an earlier stage, resulting in less invasive treatments and better outcomes.  This was called the ‘Jade Goody effect’ and for a time it increased the understanding of cervical cancer and screening but, more than ten years on, it’s clear we still have a long way to go. Unfortunately, since then, the number of women who take up the invitation for a smear test has fallen year on year. Research has uncovered the cultural and social barriers that can affect screening uptake. Some groups feel embarrassed or fearful, worrying about the results or experience more specific and complex reasons such as physical and psychological factors experienced by women with disabilities or survivors of sexual violence.

Nonetheless, the smear test is a free health test which checks for a virus called high-risk human papillomavirus (HPV) and, for women who have HPV, their sample is checked for cervical cell changes (abnormal cells). All women aged between 25 to 64 are invited at regular intervals to attend an appointment for a smear test. Cervical screening isn’t easy for everyone but there is lots of support available for women who are finding it difficult to make a decision about whether to go. Charity’s like Jo’s Trust (https://www.jostrust.org.uk/) provide wonderful information and support to women about cervical screening and cervical cancer.

Let’s use Cervical Screening Awareness Week as an opportunity to spread the word and encourage as many women as possible to take up the invitation to their routine smear test!