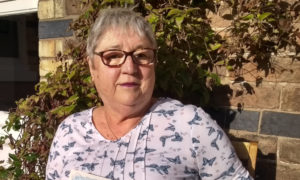 In 1989 Carole was invited to join the Nantwich Soroptimist Club by a colleague in the medical world Dr. V. Pritchard. She was immediately encouraged to join a committee which led to becoming President in 1993/1994. She attended conferences in Barbados, Montreal and Turkey as well as numerous in the UK.  Over the years she held many posts including Club Secretary, Chair of Social Committee and mentor to new members. She also spent many years as treasurer for SET Up Science, a project which won the club a Best Practice award. She was also on the committee for the  Club Conference held in 2018. Travelling with the club has always been a great favourite of Carole’s, the latest being to Szeged in Hungary to meet with Nantwich’s Friendship Link as well as numerous trips to London to stay in the Soroptimist Hotel. She has hosted many International Women’s Day events, manned countless stalls in Nantwich Square and been involved in all aspects of the club’s activities. Always ready for a laugh and a great acting ability she is always “dragged in” to playing a part at the Murder Mystery Plays enjoyed   by the club. She says she has made lasting friendships and been honoured to belong to such an active and successful club.