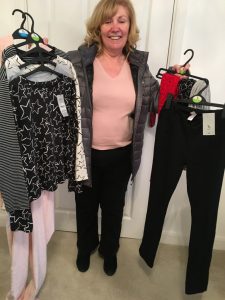 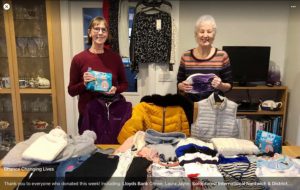 “Chance Changing Lives” in Crewe (who are one of the main organisations we try very hard to support) contacted us to ask if we could help one mother and daughter in dire need. They had been abandoned and had absolutely nothing apart from the clothes they stood up in. The girl was aged 12 and her mother a similar slight build so we talked to our grandchildren and children to see who had some clothes to spare? We were thrilled to be swamped with suitable donations. We were able to supply 45 items of clothing including coats, shoes, hoodies, leggings, pyjamas and many more. Michelle from Chance told us that the mother was overcome when she was given the clothes and said that now she felt she would be able to move on and make something of their lives.