In 2018 the SI Oxford and District Club celebrated their 60th anniversary.

60 years ago when our club was formed the Oxford Mail reported representatives of nearly 30 Soroptimist Clubs, including Bath, Bristol and Southampton attended the charter dinner of the newly formed Soroptimist Club of Oxford and District at Exeter College.

From a starting membership of 22, this grew to 28 in the first year.  Early talks and concerns included Famine Relief and the peaceful use of atomic energy.  Members were represented on the Queens Institute of District Nursing Centenary and World Refugee Year.

To mark this special occasion we held a reception at Oxford Town Hall on 6th July, and an evening dinner at St Johns college on 7th July. 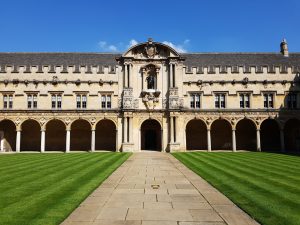 The dinner at St John’s was a wonderful occasion with SI Oxford members joined by their friends and family. We also had visitors from SI Bonn and some UK Soroptimist groups. SIGBI Federation President Sue Biggs attended as did the Regional President, Margaret Badley.

Here is a sample of photos from our anniversary evening: 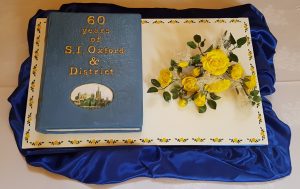 Amazing cake made for us by Jackie Paling 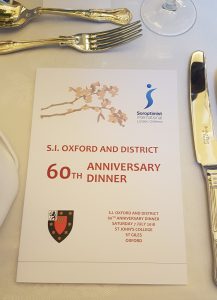 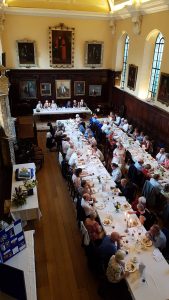