International Women’s Day is a significant day for Soroptimists ordinarily, but in 2021 it not only falls in our Centenary year, but also occurs in the middle of a global pandemic. This year, perhaps more so than for generations, women are facing pressure like never before.

As such, SI Rossendale decided we want to do something significant to mark the day, hence we’ve taken on 3 very different projects.

One of them – the most retrospective of the three – is to look at Rossendale women from the past and present and acknowledge some of the contributions they have made, to both their local and global community. In order to do this, we teamed up with students from Accrington & Rossendale College who, along with members of SI Rossendale, each chose and researched a woman from Rossendale.

So, read on for our ‘Women of Rossendale’ Project for International Women’s Day 2021.

Introduction To Our ‘Women Of Rossendale’ Project For IWD 2021

This project was a joint enterprise between members of SI Rossendale and students from Accrington & Rossendale College. Here’s the project leader, SI Rossendale member Tricia Calway, to explain more;

So, without further ado, let’s take a look at the ten women chosen to be included in the project.

The following information on Ada Rhodes was written by our current President, Alison Driver.

Ada was a teacher for over 50 years, which left its mark on her voluntary work. It gave her a keen interest in education at every stage, locally and up to county level. She was a keen organist, playing regularly in her local church St Saviours where she had lifelong connections.

Rationing didn’t come to an end in England until 1954. In 1951, six years after the end of the second world war, local papers reported on the efforts of the “good folk” of East Lancashire to celebrate Christmas. Ada was described in the article as the only woman member of Bacup Town Council. It was reported that she “went one better than the traditional Christmas boxes, she knitted festive stockings and filled them with sweets, cigarettes, fruit, nuts, and money, for her milkman, grocer, butcher, and dustmen”.

Ada was the first female Mayor of Bacup in 1956-57, and one of only two women who were Mayors of the Borough in their own right. Ada was an Alderman on Bacup Council and a Lancashire County Councillor for four years. As a Conservative councillor, Ada is said to have never let politics interfere with her efforts on behalf of those in need.

Ada was granted Freedom of the Borough of Bacup in 1959, one of only 16 people, and the only woman, to ever have been given this honour.

1958 was a busy year for Ada. In January she was elected the first ever woman President of the Rossendale Organists’ Association. At the annual dinner in Burton’s Café in Waterfoot, Ada made an appeal for each member of the organisation to obtain one new member for the association.

The first meeting of the Bacup Cancer Research Committee, at the time called the British Empire Cancer Campaign, was on 15 September 1958 in the Council Chamber at Stubbylee Hall, Bacup. The Committee was formed from representatives “from every place of worship, the fire services, civil defence, the police, nurses, doctors etc”. Ada Rhodes was elected as the Secretary of the Committee, a post that she held for 20 years.

One of the first events that Ada helped organise for Bacup Cancer Research Committee was a café held for a whole week in October 1958 in the Electricity Showrooms in Bacup. The records of that week show that they used 68 quarts of milk bought from Mr Isherwood the milkman; 22 dozen finger teacakes, 17 dozen currant teacakes, 67 dozen small meat pies and 34 dozen assorted cakes from Schofields Bakers and Committee Memebrs cooked 80lbs of marrowfat peas to serve with the pies. The Committee made an astounding profit of £210 from the café which is equivalent to £4,938.66 in 2021. 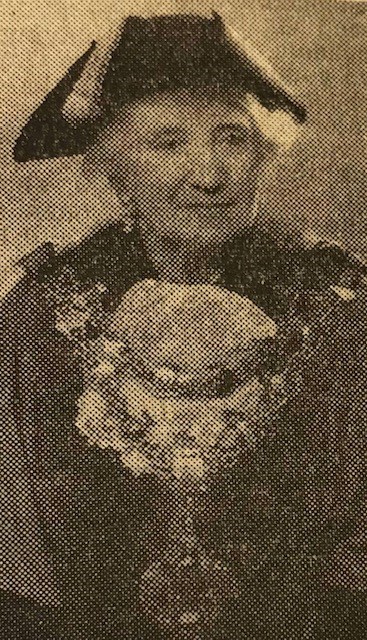 The following year, 1959, the Committee organised a garden party in Moorlands Park on 22 August 1959. The Coconutters opened the event, there was a treasure hunt and pony and trap rides. Volunteers served almost 300 cups of tea and ice cream. This event raised £124 for Cancer research (the equivalent to £2390.92 in 2021).

Ada was awarded the MBE in January 1960 for “public services in Bacup”, living much of her life on Ribble Street in Bacup. In newspaper articles of the time, Ada’s vigour was commented on when working towards a charitable end, she “is to be envied by people much her junior and scores can speak personally of the efforts she puts into whatever organisation requires her help”.

In 1978 Ada was elected President of Bacup Cancer Research Committee “in respect and thankfulness” for all her years in office.

Ada served as Governor for several local schools, was a member of the Divisional Health Committee, sat on the Rossendale Youth Advisory Committee, was the founder of the Bacup Darby and Joan Club, was a working member of the WVS and for several years organised the Bacup Poppy Appeal Day and the Alexandra Rose Day Appeal.

Ada died in Cumbria aged 99 in 1985 and is buried in Bacup Cemetery with her family.

The following information on Agyness Deyn was written by a student from Accrington & Rossendale College. 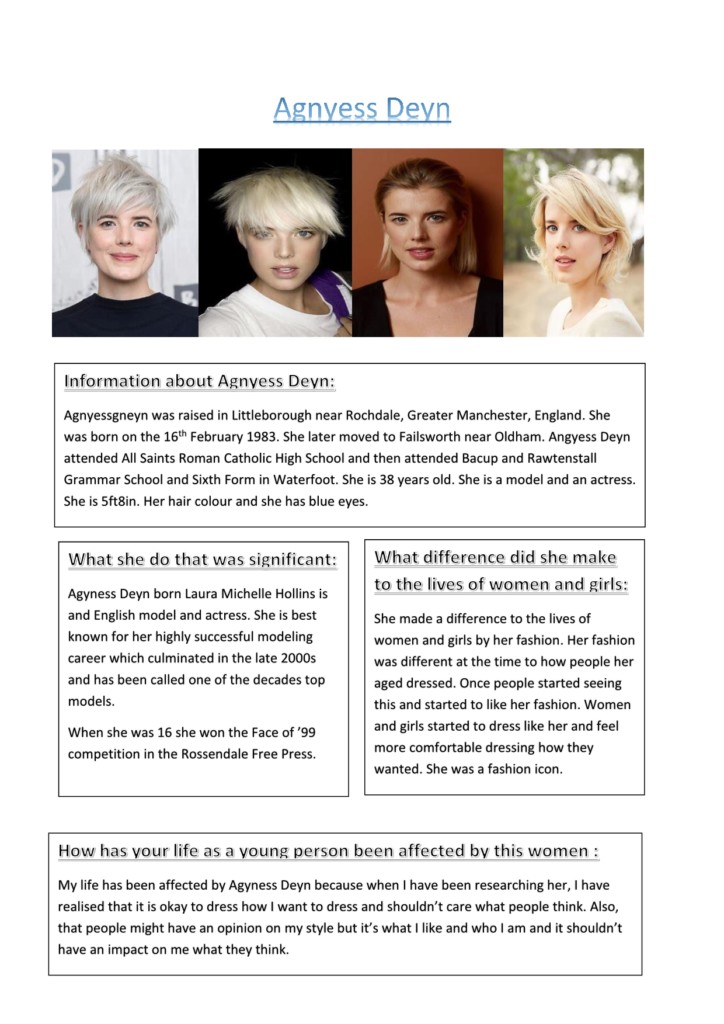 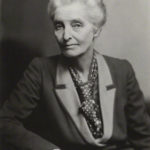 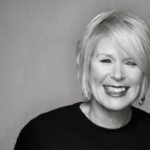 The following information about Betty Jackson was written by a student from Accrington & Rossendale College.

Betty Jackson is an English fashion designer based in London who was born on the 24th of June 1949.  She was born in Lancashire where she then studied at Bacup and Rawtenstall Grammar School. She studied fashion at the Birmingham College of Art under Zandra Rhodes, and started her fashion career as a fashion illustrator during her senior year (1971) at college.

Betty Jackson’s father, Arthur, owned a shoe factory and her mother, Phyllis shopped ‘for the season’ at Kendal Milne in Manchester. Betty Jackson’s leg was amputated when she was aged six as it failed to grow following a dislocation during her birth. A car accident caused further complications and she has walked with a stick ever since.

Jackson joined Wendy Dagworthy in 1973 as her design assistant. She moved to further positions at Quorum, then Coopers, before setting up her own design company.

Betty Jackson was introduced to the for Men collection in 1986 and then set her up to open her flagship shop on the Brompton Road, London, 1991. Then she launched the Autograph collection for Marks & Spencer in 2000 which then helped her to further her career where she now works on the Betty Jackson Black label for Debenhams.

Betty Jackson is a member of an advisory panel to the British Fashion Council’s Model Health Inquiry. She has been involved in the ‘size zero’ debate after two models died in 2006 after suffering eating disorders which then brought the attention of the media on discussing the health and size of girls. Betty Jackson then agreed to join the panel. Betty Jackson then worked as a design consultant alongside a panel of judges I 2008 which designed new gowns for High Court and Court of Appeal judges.

She has also volunteered to a non-profit organisation called Dress For Success that gives free clothes and advice about job interviews to women who are unemployed.

How Has Jackson Made A Difference In Women’s Lives?

Betty Jackson is all about women empowerment and body positivity as she designs clothes for all different body types.

In 2018 Betty Jackson collaborated with Smart Works for International Women’s Day as they created a limited-edition t-shirt line for cycling fundraiser, spin for smart works which was a seven-day cycling challenge and ended on women’s day in 2018.

Betty Jackson did this collaboration to help celebrate and empower women whilst still enjoying competitive fun.

The following information about Jane Horrocks was written by a student from Accrington & Rossendale College. 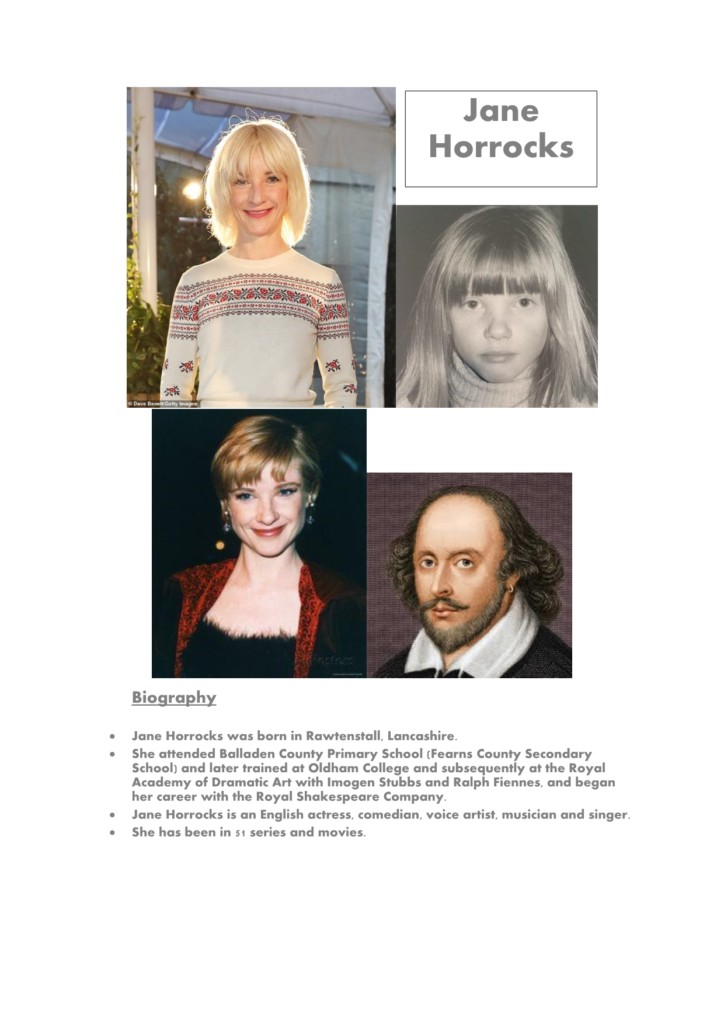 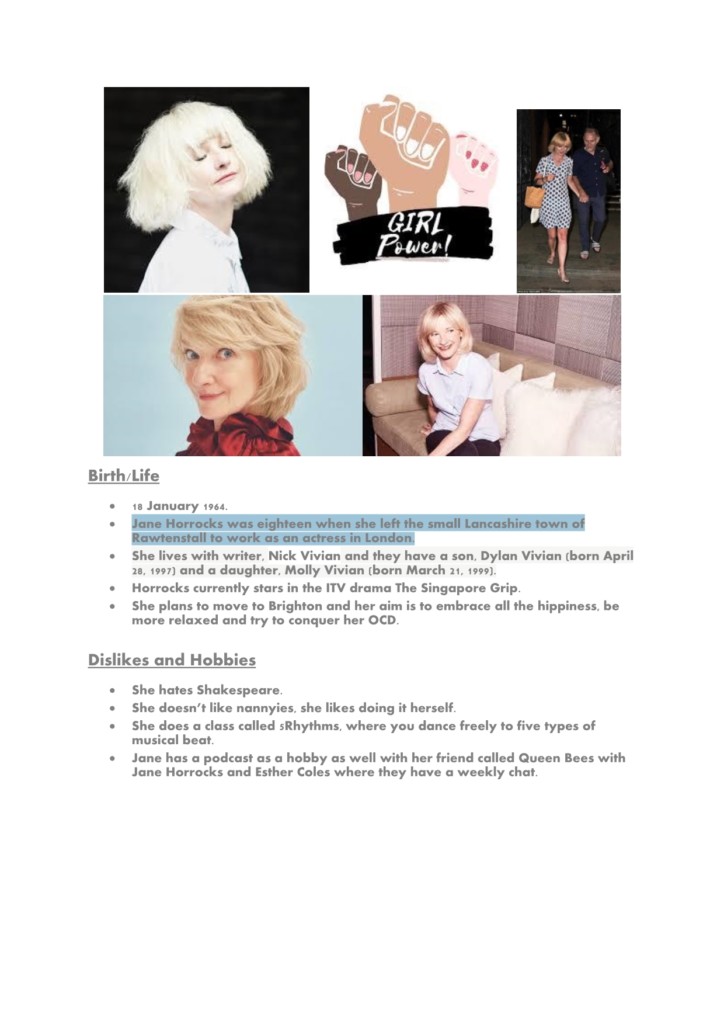 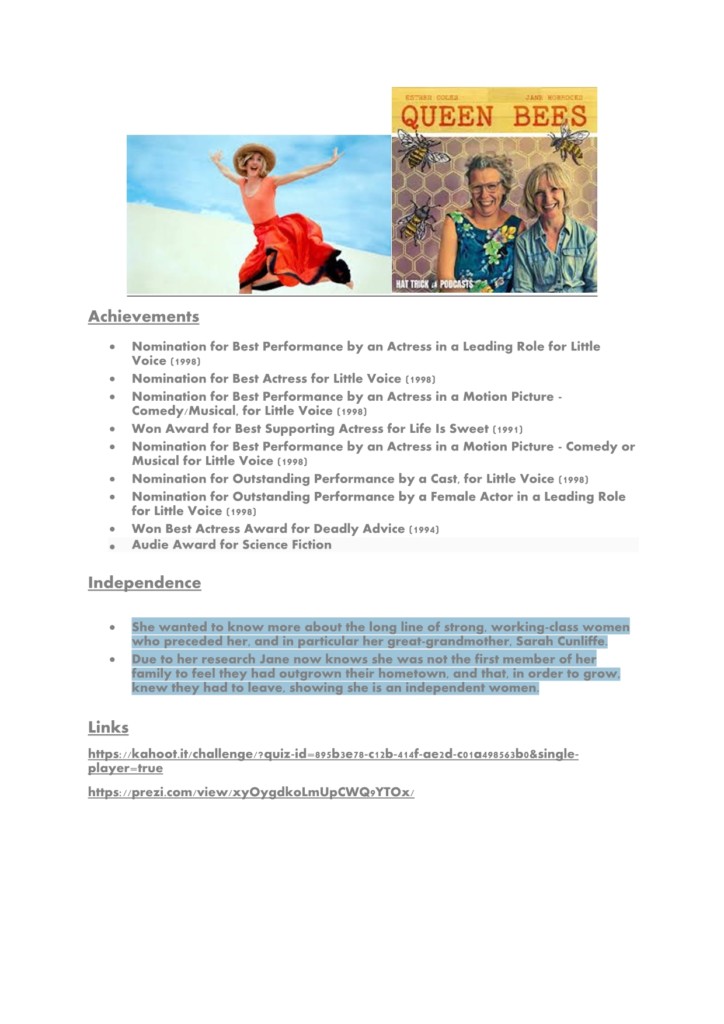 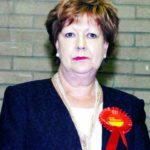 The following information about Janet Anderson was written by a student from Accrington & Rossendale College. 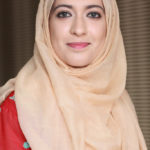 The following information about Leesa Amin was produced and presented as a slideshow on Prezzi by Accrington & Rossendale College student, Eleanor Swallow. 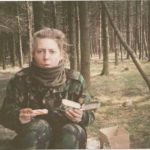 The following slideshow about Lieanne Andrew was written and produced by a student from Accrington & Rossendale College. 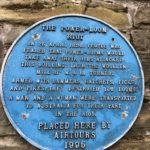 The following information about Sylvia Lancaster was written by a student from Accrington & Rossendale College. 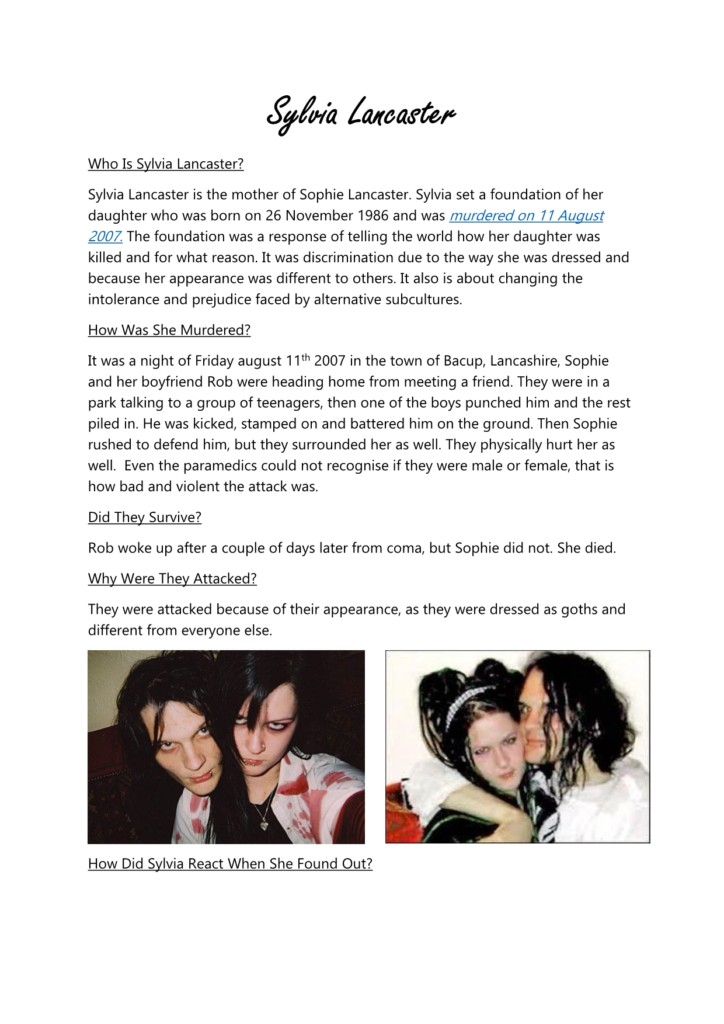 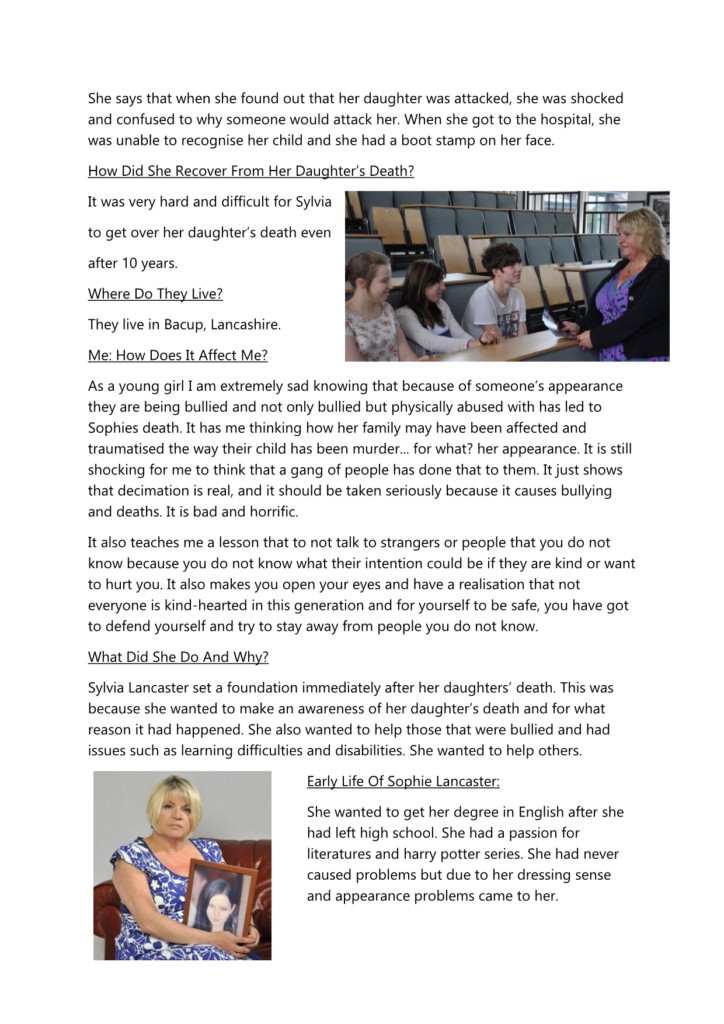 Acknowledgements For Our ‘Women Of Rossendale’ Project For IWD 2021

Would You Like To Meet More Women Of Rossendale?

If you’d like to meet more amazing women of Rossendale, then why not pop along to an SI Rossendale meeting? The Soroptimists are a group of like minded women who meet in friendship to improve the lives of women and girls, both locally and globally.

All women are welcome to come along to one of our twice-monthly meetings to find out more about us and see whether Soroptimism is for you.