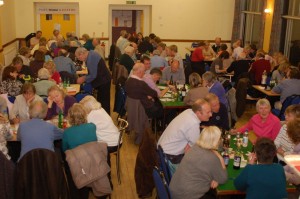 A very successful Quiz Night was organised by the Fund Raising Group at the end of October which was attended by over 90 people who can be seen scratching their head in the photo.

Not only did all the brain cells get a good work-out but the event raised £600 for the President’s Charity which was a fantastic result.

At the November club meeting an insight into the issue of Forced Marriages was provided by Thames Valley Police officers Sophie Wing-King (Domestic Abuse Co-ordinator Berkshire East) and  Sally Monica Cochrane-Gent (Domestic Abuse Police Officer.  They are shown in the 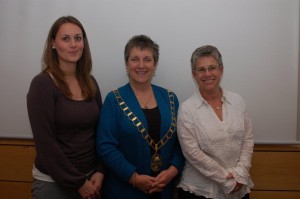 photograph below with President Sally.

On 24th November Past President Jean Tyler was able to set to with a spade to plant a tree that she had chosen during her year in office.  The Metasequoia Glyptostrobodies or Dawn Redwood has now been planted in the arboretum at Dorney Lake. 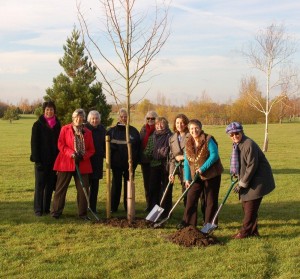 In pre-Covid times, the club generally organised a garden party each year to raise funds for local charities; hopefully this can be resumed in 2021 as these were generally fun events which everyone enjoyed. 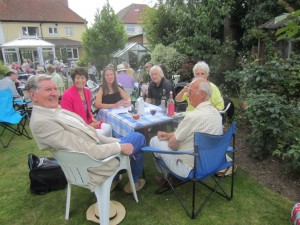