Margaret Emsley, Federation President Elect, a member of SI Ashton under Lyne, and a civil engineer, set the tone for the day. Her overview of women in STEM industries (science, technology, engineering, maths) illustrated the gender gap and the barriers women face. However, she also showed how nationwide initiatives are enabling women to make their mark and effect meaningful change in this challenging area.

Frank Field MP outlined his part in the development of the Modern Slavery Bill, which is now on the statute books. He suggested ways in which Soroptimist International’s campaigning work could aid the Act’s effectiveness. Judge Pamela Badley looked at the current position of women offenders, at sentencing guidelines, and at mental health initiatives in Lancashire’s custody suites which aim at early intervention. 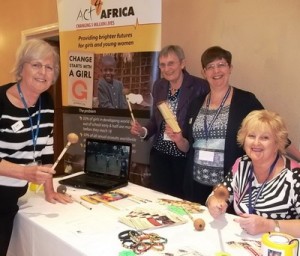 Other speakers included Hannah Flynn, who galloped through the current predicaments online for girls and young women – including social media ‘envy’, insulting and abusive language and sexting. “Adults gave children the technology to make irretrievable mistakes”, she said; and then outlined some of the safeguards that she and others have put in place, notably through the NSPCC and Childline. 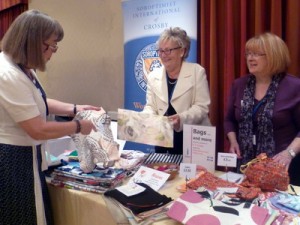 Two of South Lancashire’s clubs set up stalls to attract delegates during the breaks between sessions.

SI Manchester promoted Project HEAL, their submission for the next Federation-wide longterm initiative which was unveiled at the recent Region Council Meeting. Meanwhile SI Crosby sold their ‘Baggatelles’ craftwork (‘bags and much more’), with all proceeds going to Sefton Women’s and Children’s Aid.

SI South Lancashire Region will organise the 2016 conference, to be held in Liverpool.