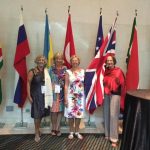 Four Club members, Wendy, Mary, Liz & Barbara attended the 3 day International Convention in Malaysia in July with over 1300 Soroptimists from 75 different countries. They were able to meet up with members of our Friendship Link Club Barossa … Continued 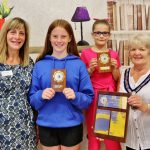 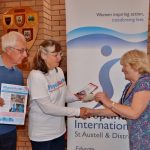 A busy June for club members, The Summer Fayre in Lanjeth raised £1,200 for Look Good Feel Better, Some famous faces popped in to judge the cake decorating competition. The club meeting was held in the plush Council Offices Chamber … Continued 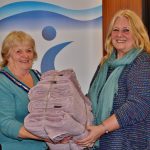 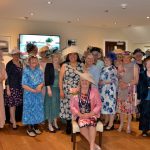 The club AGM was held with reports from the officers about the years activities Brenda’s last job was to hand over cheques to Kernow Young Carers £5736.00 and The Invictus Trust. Brenda handed over the chain of office to Sandra … Continued 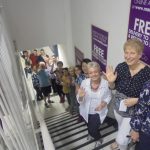 The Fashion show at M&Co in Bodmin was another resounding success with over 40 models, Soroptimists, friends and family showing off the latest spring fashions 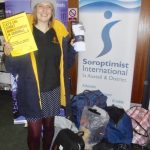 Lois Wilde of St Petroc’s came to our club meeting to talk about the work of the homeless charity and receive donations of warm winter clothes. Later in the month Libby hosted a “posh puds” evening to raise funds. The … Continued

The Red Box project continues to spread across the County