We have been working with local schools for some years on the Pillow Case Dresses and this year we were able to send out several packages from participating schools.

Over the years we have been making these, we have moved on to include boys, and sending out shorts, although the girls have been wearing the shorts under their dresses. We have a connection through our daughter club, SI Salisbury, Teresa Wells who founded EdUKAid and works in Tanzania. She has taken the dresses and shorts to a rural village called Mikindani in southern Tanzania where children were queuing to receive the clothes.

Currently we have just received 8 shorts and 4 dresses from Westgate as modelled by the club members. 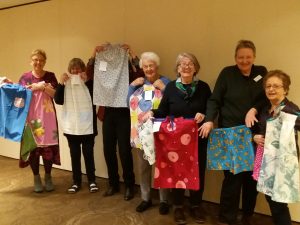 Teresa tells us she still sees children wearing the clothes several months on from when they were supplied. We also send to other villages via Intercare through our member Jo Gilbertson. 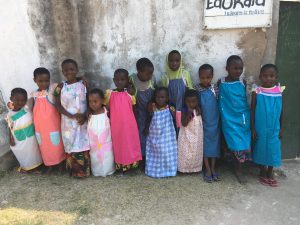