By focusing on the red of the remembrance poppy you can help Tameside become a greener place this summer.

The council’s cultural services teams is inviting schools, community groups and residents to join in Tameside’s Big Poppy Plant, a project to commemorate the centenary of the start the First World War by growing a poppy.

During March and April it’s hoped that seeds will be sown in gardens, school grounds, community beds and waste ground in all corners of the borough to produce a striking and spectacular scarlet display by the time the 100th anniversary of Britain’s entry into the conflict occurs on August 4.

The  winner of the competition to design the commemorative seed packets, was Beth Weilding age 10 from Buckton Vale Primary School in Stalybridge. 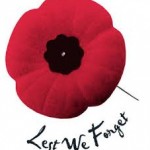 Ashton Soroptimists joined this event by planting Poppy seeds on Saturday 8th March, (which was International Women’s Day) in Victoria Park, Denton. Through the spring and summer we hope to see the poppies grow and flourish, see the photos below. The club will also be joining in the “Poppy Tree Display” for Armed Forces Day on 29th June, where knitted and crotched poppies will be displayed in Victoria Park in the shape of a tree after which they will be sewn together to make a lasting memorial banner which will be displayed at Remembrance events and in the Central Library. 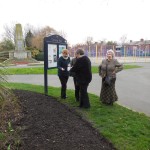 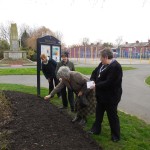 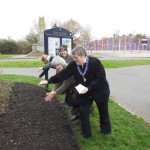 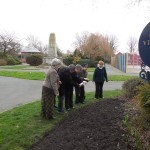 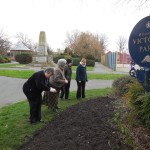 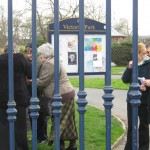