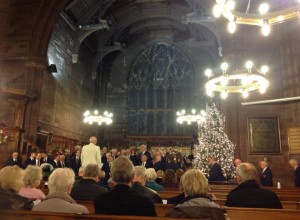 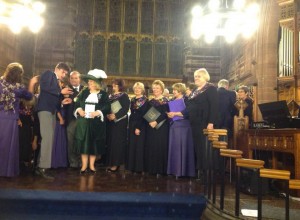 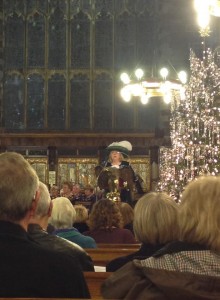 High Sheriff, Sharman Birtles welcomes everyone to the Concert

SI Ashton-under-Lyne held a concert of seasonal music on Saturday 5th December at Albion United Reformed Church to raise money and awareness of Alzhiemer’s Society. The music and singing was excellent and the audience enjoyed the evening enormously with a glass of wine and mince pies served by Ashton-under-Lyne club members. A total of of £1500.00 was raised for The Alzheimer’s Society which is President Lesley’s charity for the year.