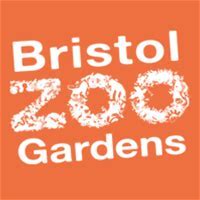 At our Supper Meeting Dan, from Bristol Zoo Gardens, came to give a talk about Sustainable Development and Bristol Zoo. He was very engaging and a most enthusiastic speaker who showed a real passion for the job.

Dan explained that Bristol Zoo Gardens is the fifth oldest zoo in the world and was founded on 22nd July 1835, by Henry Riley, a local physician, who led the formation of the Bristol, Clifton and West of England Zoological Society. Henry Riley, and a number of other prominent local individuals, gathered with the mission to facilitate ‘the observation of habits, form and structure of the animal kingdom, as well as affording rational amusement and recreation to the visitors of the neighbourhood’. Shareholders at the time included several famous Bristolians, including Isambard Kingdom Brunel.

The Bristol, Clifton and West of England Zoological Society opened the Zoo’s doors to the public for the first time, on Monday 11th July 1836.  Bristol Zoo’s situation so close to the port greatly helped with the acquisition of animals when it first opened.  Zebi, the Zoo’s famous elephant, was here from 1868 to 1909.  She was quite a character, renowned for removing and eating straw hats!

Since they opened to the public in 1836, they have helped save over 175 species from extinction through breeding 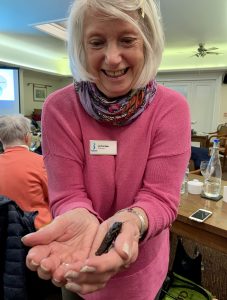 programmes, established over 30 field conservation and research projects all over the world, showed 40 million school-age children the value of nature and given more than 90 million visitors a great day out.

Bristol Zoological Society is a conservation and education charity, which runs and operates Bristol Zoo Gardens and the Wild Place Project.

Dan brought with him some “friends” to show us: a group of Madagascar Hissing Cockroaches, one of the largest species of cockroach, reaching 2 to 3 inches at maturity, which were passed around the group. Apparently they hiss when feeling threatened!  It was a fun evening.