Members have collected various items of food to support families in need. 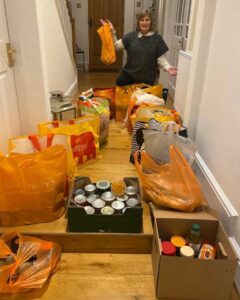 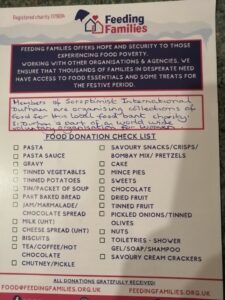 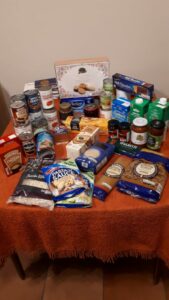 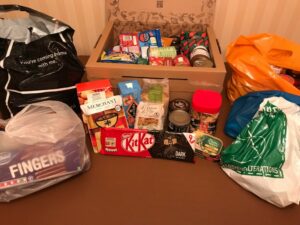 Feeding Families is a North East charity which began in 2017 and now operates 365 days of the year to offer support, hope and security to those experiencing food poverty. The charity’s army of 3000 volunteers help to provide emergency food boxes for 1,000 people per month. The boxes provide food for 2 people for at least 3 days. The number of boxes received by a family depends upon the size of the family

In 2021 Soroptimist International Durham (SID) gave Christmas food donations from club members to the charity. In 2022 it was apparent that more families were in real need of help and support due to increasing food and energy costs. As a result, after discussion, it was decided that we should seek to increase the size and variety of donations to the charity and that could not be done by club members alone. A number of club members agreed to be “Community hubs” to collect donations from their local communities. Members were asked to think broadly about the definition of community – not only neighbours, but social networks and other groups of which we were members such as choir, yoga group, badminton group, tennis group.

The response across the area was astounding with over 70 full supermarket bags of food, (along with 2 large bags of toiletries) being collected for Feeding Families. So much was collected that Feeding Families sent a van to pick up the collection as it was too much for individual members to take to the charity.

As a club we’re very grateful to members, friends, neighbours and social groups across the area who supported this initiative which amounts to around a couple of thousand pounds worth of food being donated to the charity..