There was a good turn out from SI Lancaster at the Region Council meeting held at Lancaster University. The meeting was hosted by SI Garstang.

The Programme Action speaker was Cath Holland. Cath is a midwife who works mainly in Kendal. However nearly 20 years ago she undertook a VSO placement training midwifes in Northern Kenya. Here she observed the practice of FGM as part of a rite of passage for young girls. Since then she has been working with a handful of others to provide alternative rites of passage for the young women and girls of Northern Kenya. To support her SI Lancaster and Grange provide bracelets which are given to the girls as part of an alternative ceremony. Cath presented a slide show f of the work Beyond FGM has been doing in Kenya. Everyone present was  impressed by Cath’s work and her dedication.

There was a presentation of the Darwen shield for the best project went which went to SI Pendleside for toiletries for women in custody while the Carnforth shield went to SI Grange for the Long term Project, Sing for Memory.

Our President, Karyn give an update on the Regional Conference held in May at The Preston Marriott.

SI Lancaster’s turn came when we won the Haslingden award for the most retain members over four years. Congratulations to Bernice Dalton and other members of the Membership Committee. 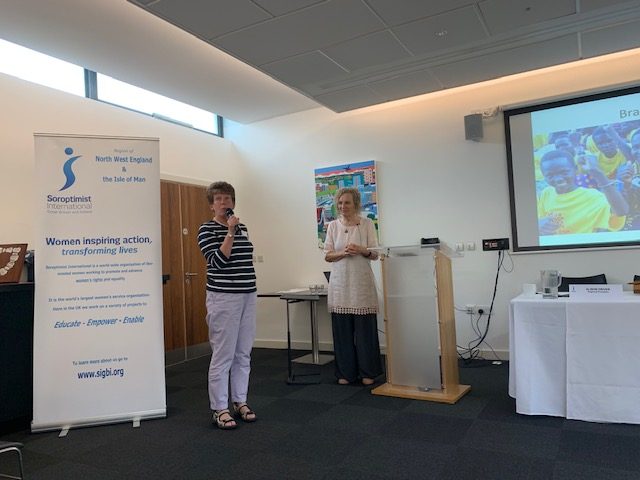 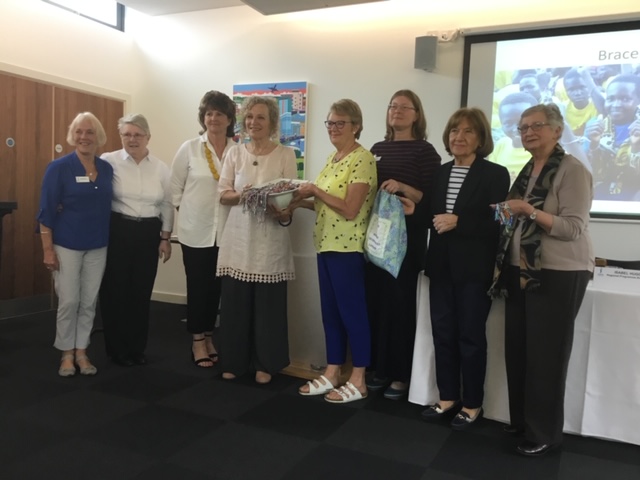 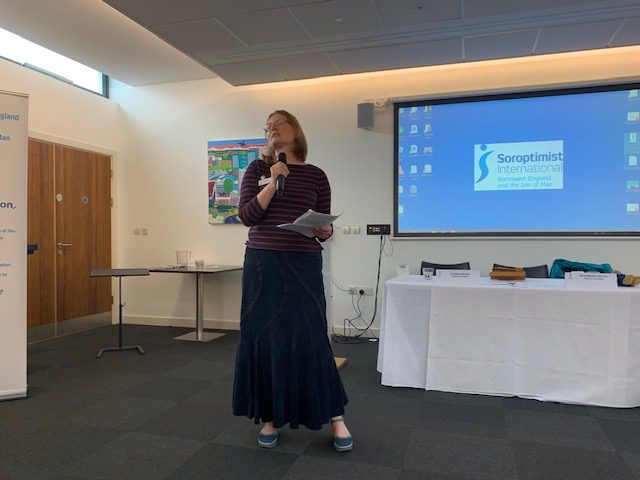 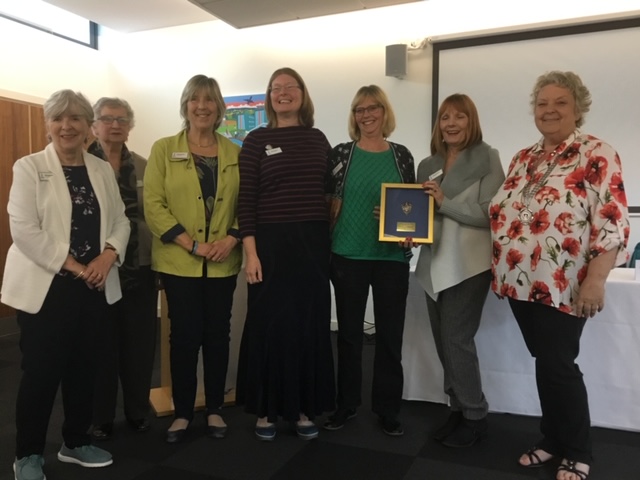