21st April 2015 heralded the club’s 19th Annual General Meeting. Seventeen members voted on the distribution of £1597 charitable funds raised by the club during the last 12 months. A donation was made to the President’s Charity, Ovarian Cancer.

Among the local charities which benefitted were

The club held a minute’s silence to remember Mavis Talbot, the Club’s Minutes Secretary who died this year. Mavis will be sadly missed by us all.

Sheila Whipp gave a vote of thanks to all club officers for their efforts during the year. 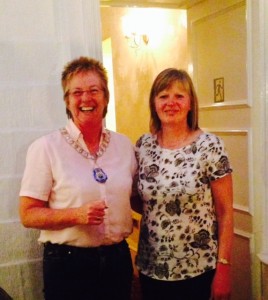 2015-16 officers were elected. More details can be found here