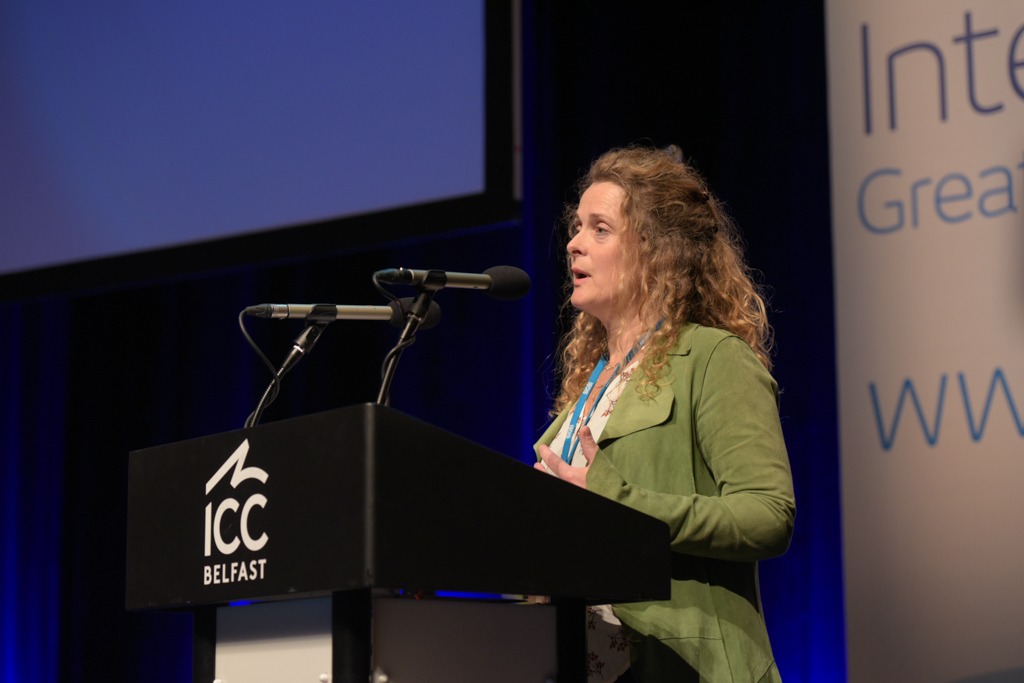 Rebecca Cecil Wright is a founding member of Envirofest.

Envirofest promotes a healthy and stable way of life for our children by bringing environmental issues into the conversation – all conversations from the personal to the political.

We need a carbon neutral future.

Secretly is that beginning to sound like ‘same old, same old’ – so let me start with the second half of her presentation and why I made resolutions to further reduce my plastic use from this afternoon.

Rebecca showed us the film ‘A Plastic Ocean’ which David Attenborough has called one of the most important films of our time.

Some awareness raising from that film:

We have the power to change – in Manila those canals have been dredged and now hold clean water and fish. The plastic has been buried. Remember – plastic cannot be thrown away.

We have the power to change – I shall stop using cling film from today.

I will stop accepting plastic cups from today.

I will stop buying wrapped fruit and vegetables from today.

What will you do?

Rebecca reminded us:
Change starts with the individual – raise awareness:

WHAT WILL YOU DO? for our world and the generations coming after us.