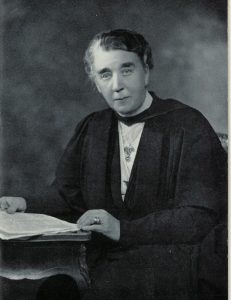 Conference was opened by Anne MacDonald with remembrances. We remembered Dr Barbara Dixon and President Johanna Raffan.  Sadly Johanna died during her SIGBI  Presidential year we all took a moment to reflect on their lives. The remembrances were followed by our Vision and Mission statements.  The flags of all the countries in our Federation were shown and the countries named.  We were shown slides to celebrate our 100 years and we were delighted that the original Venture Clubs featured our very own Addison Philips, SI Bristol’s Founder, and other photographs that we had submitted of our early years.  They also acknowledge that SI Bristol celebrated 100 years in 2020. Then we were shown the “#WhoIsShe” candidates with our very own Sue Perry on the front page followed by our other candidates.

The first keynote speaker was Dr Anne-Marie Imafidon MBE “Doing a lot with a little” and one of her messages was “that there are so many of us, if we go together we go further”.

This was followed by the first Membership Session and featured clubs who had gone that bit further during the pandemic and recruited over and above what was expected. It featured South West and Channel Islands, SI St Austell, who recruited 9 new members, 2 link members and 1 transfer in.  All the clubs described how they had managed this and also how they retained their members.

After the break the second keynote speaker was Dr Asha de Vos “Whales as oceans superheroes” who is a Marine Biologist and Ocean Educator. This was followed by conference business and the General Meeting. 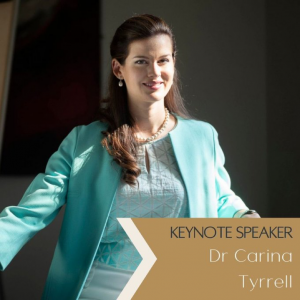 The first keynote speaker of the day was Dr Carina Tyrrell “Gender stereotypes and the new era of globalised healthcare”.  She was an amazing speaker and showed clips of the television interviews she had been involved with confirming her knowledge and expertise – truly inspirational.  Had we been face-to-face she would have had a standing ovation.

This was followed by another membership session and best practice awards.  One of the Clubs Trinidad and Tobago showed the video they had produced to “Orange the world”.  An excellent production.

The final keynote speaker was Rebecca Salter – President of the Royal Academy “Drawing in on isolation” she described how her career had developed and her experiences in Japan.

The change of Insignia was of course virtual ending the formal part of another very successful conference.

The conferences ended with a delightful concert featuring Soroptimists, professionals and school children.  We look forward to a face-to face conference next year where will have the delights of this year but the interaction we all love with our Soroptimist friends from all over the Federation.